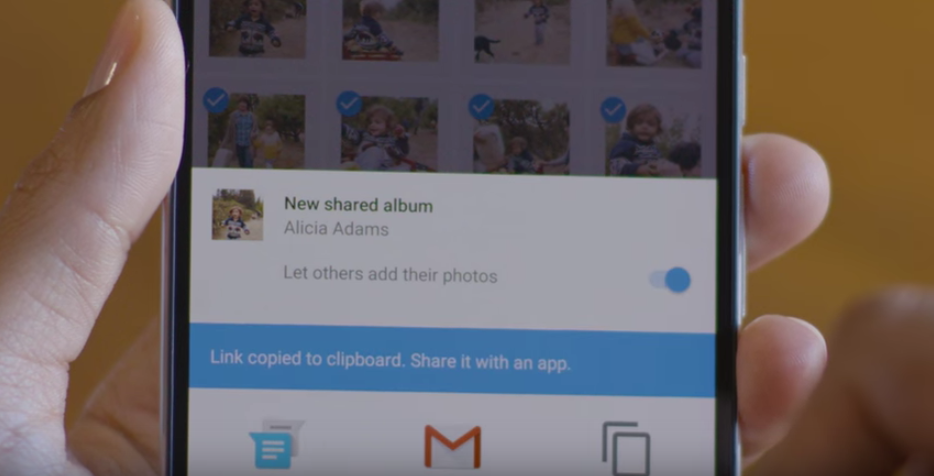 Taking a page from Dropbox, Google today announced the addition of shared albums to its recently launched Photos app.

As its name suggests, the new feature allows users to collaborate on photo albums. Once an album is sent to a friend or family member — as a unique URL, sent over SMS, email or through a supported messaging app — the person who receives the album can add their own photos and videos to it. Everyone participating in the album will receive a notification when new content is added to it.

Moreover, it’s possible to save photos uploaded to a shared album to one’s own Photos library. Check out the feature in action in the YouTube video below.

According to Google, shared albums are rolling out today on iOS and Android, as well as on the web.