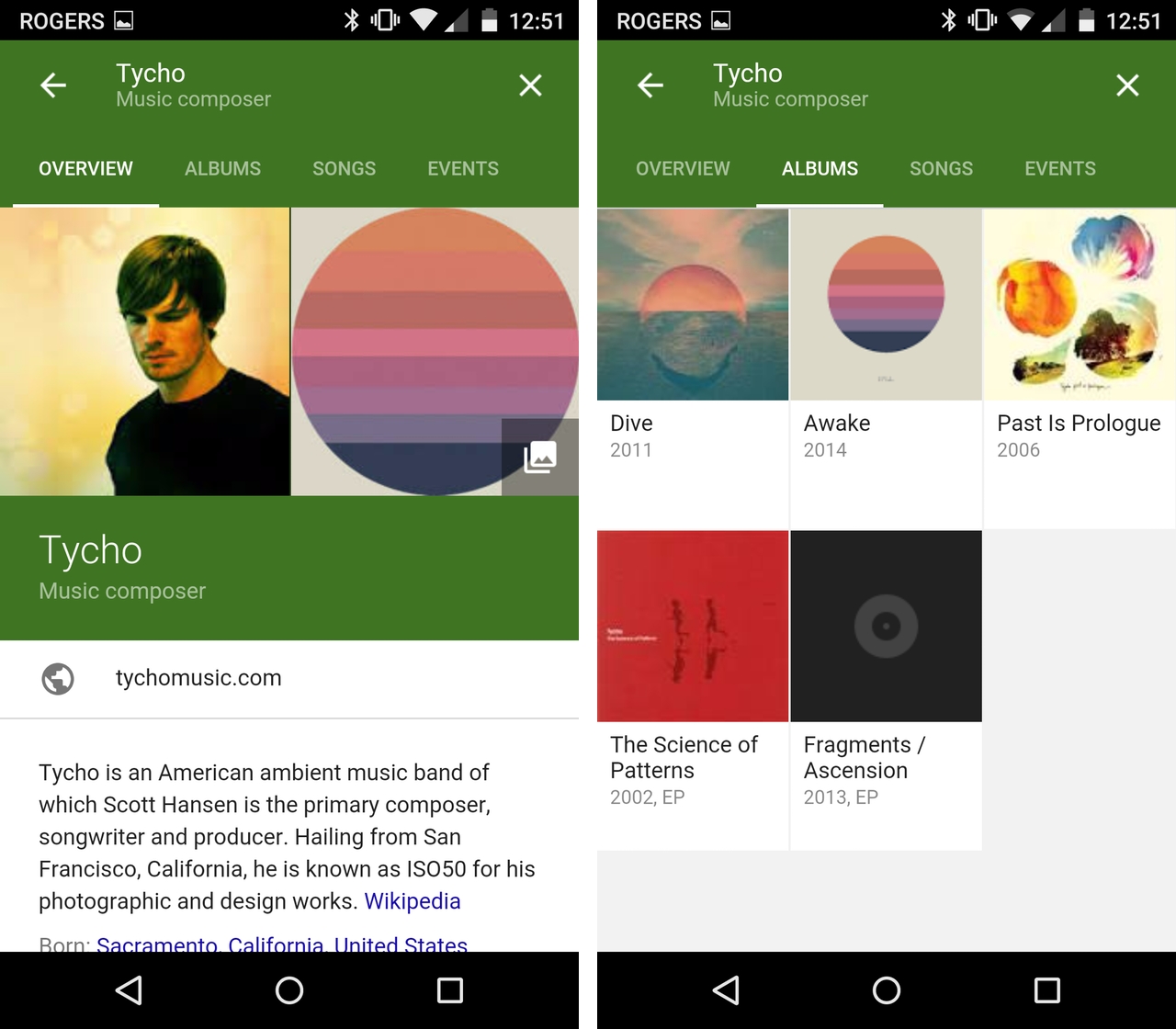 Starting today, Android users who Google a band, artist or TV show will be greeted with a new interface once Google’s servers produce a search result.

When searching for an artist like Tycho, the interface displays information in enhanced visual format that makes it easy to see an overview of the artist’s career, upcoming tour dates, as well as the albums the artists has released.

Like all of Google’s enhanced search features, not every band and artist is represented; in fact, there are some surprising omissions. Search for Radiohead, for instance, and the enhanced interface won’t show up. Likewise on the TV side, a search for Breaking Bad pulls up the new interface, but the same can’t be said for other popular shows like Game of Thrones or The Walking Dead. 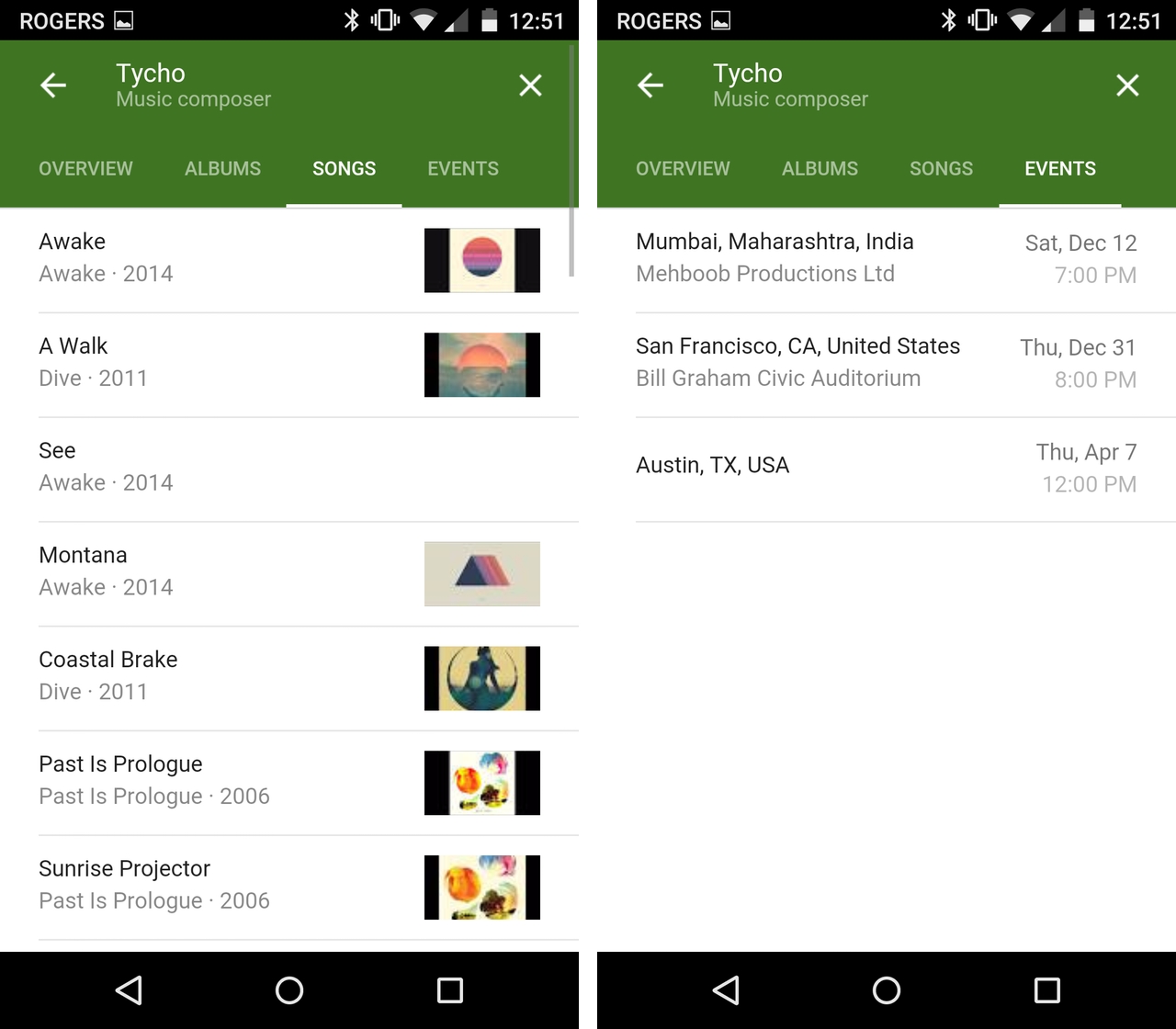 Still, for the music acts and television shows that new interface does work for, it makes finding relevant content that much easier.

The feature is currently only available on Android, though Google promises to bring it to iOS soon enough.