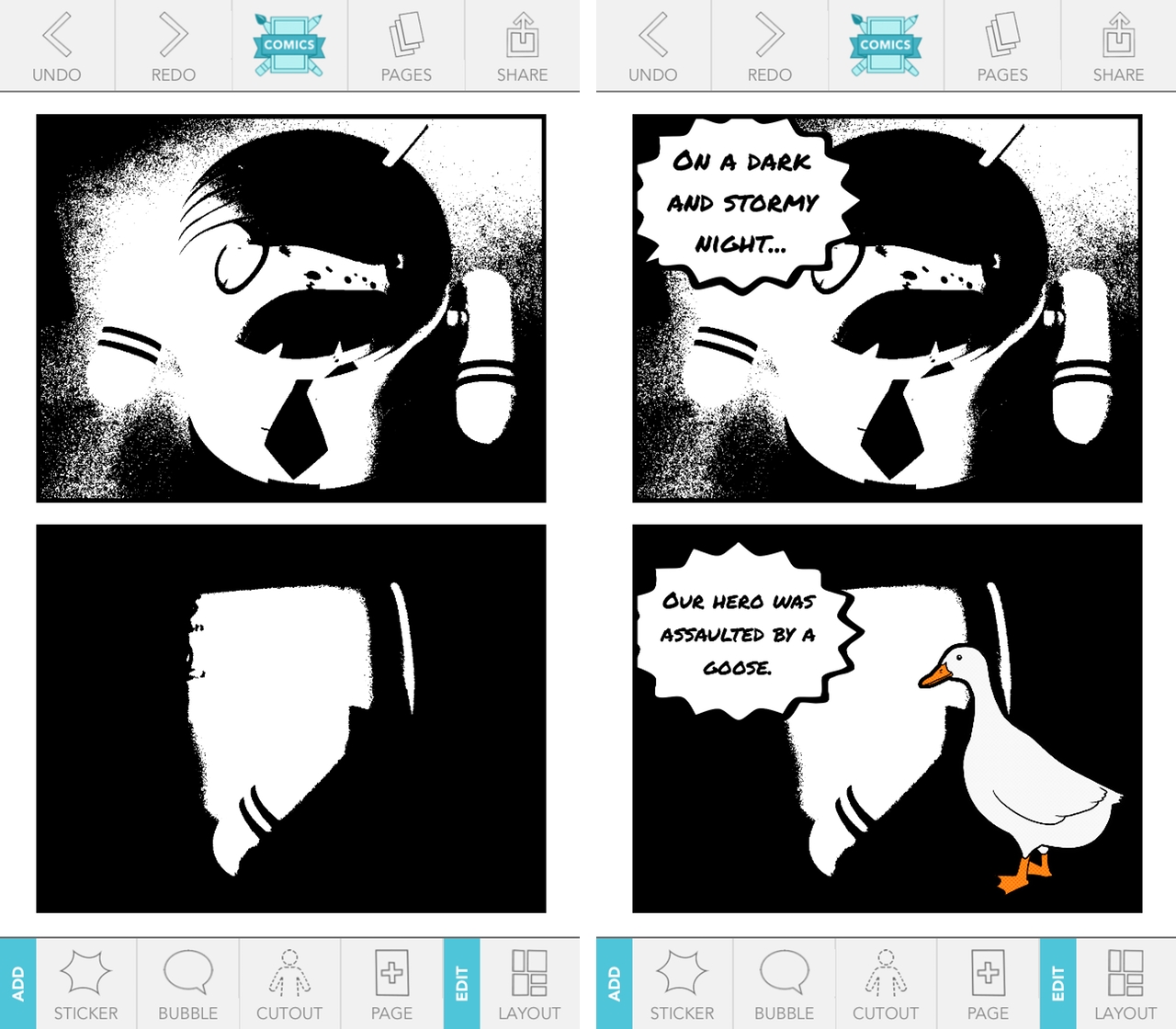 Whether you’re a fan of comic books, graphics novels or manga, then you’ll want to check Comic Studio, a new comic creation app that arrived on the App Store last week.

Created by Seedling, a company based out of New Zealand that creates products aimed at children, it’s easy to see the target demographic for this app. That said, you don’t have to be a kid to enjoy what Comic Studio has to offer. If you’ve ever thought about creating your own comic book or graphic novel, but have held off because of a perceived lack of artistic talent, then Comic Studio is worth a download. 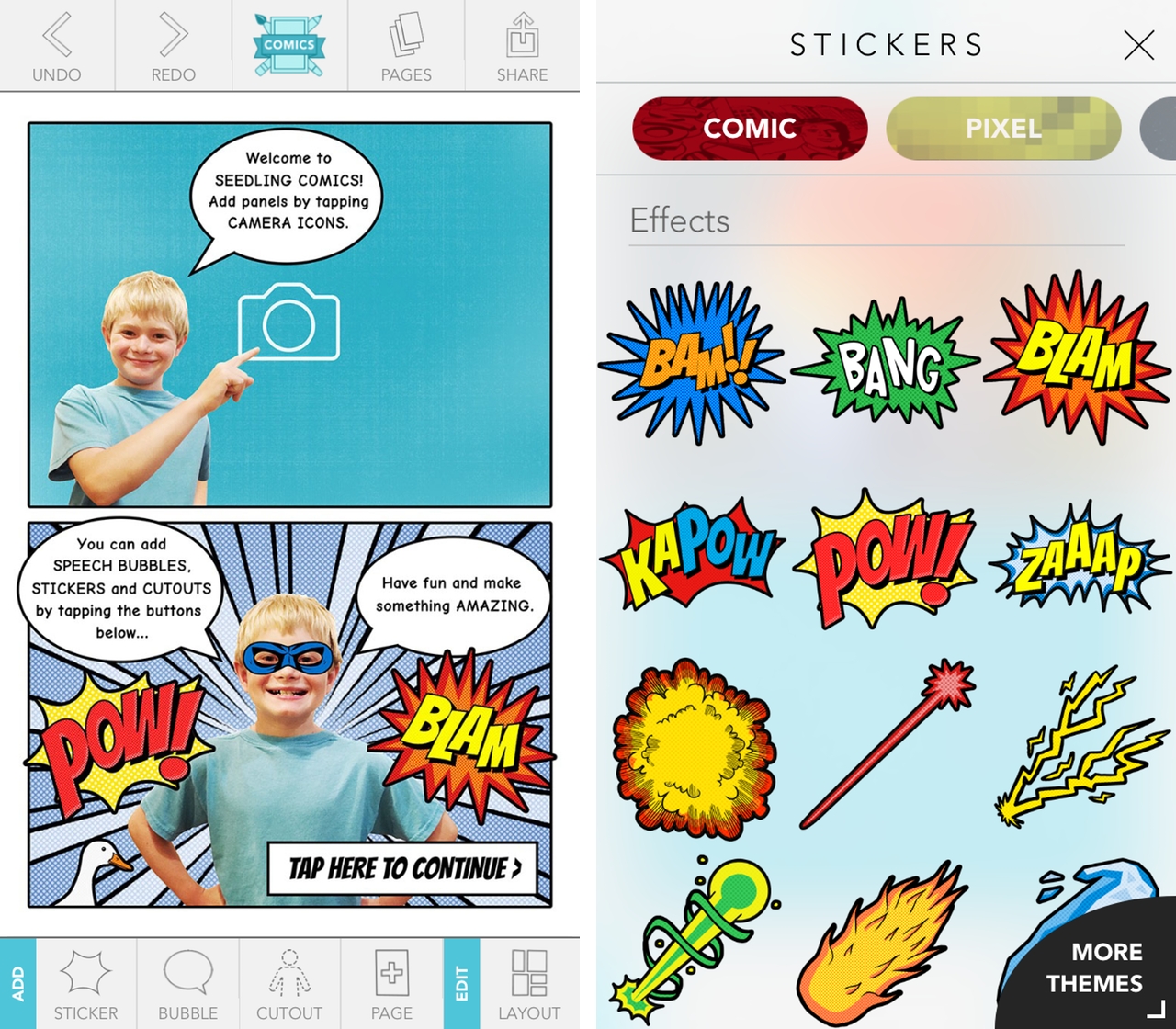 The tutorial for Seedling Comic Studio

Using your iPhone’s camera to create the basis of each panel, Comic Studio allows the user to apply some pretty wild filters over any photos they’ve taken. You can also apply multiple filters over a photo to create some interesting panels. In the first panel I created, I first used a filter to give MobileSyrup’s resident Android mascot more bulbous eyes. I then added the second black and white filter to give my comic its gritty look.

Each part of Comic Studio feels just as well realized. When adding speech bubble, for instance, it’s possible to choose between a variety of different styles and fonts to help set the tone of your strip. Once you’ve placed one on your panel, adjusting its position and size is done by simply dragging and pinching the bubble.

Seedling Comic Studio is free to download from the iTunes App Store. In-app purchases allow the user to access additional things that can be added to their creations, including new stickers, but I honestly found there are already so many different options included in the base app that there’s little reason to download one of the theme packs.