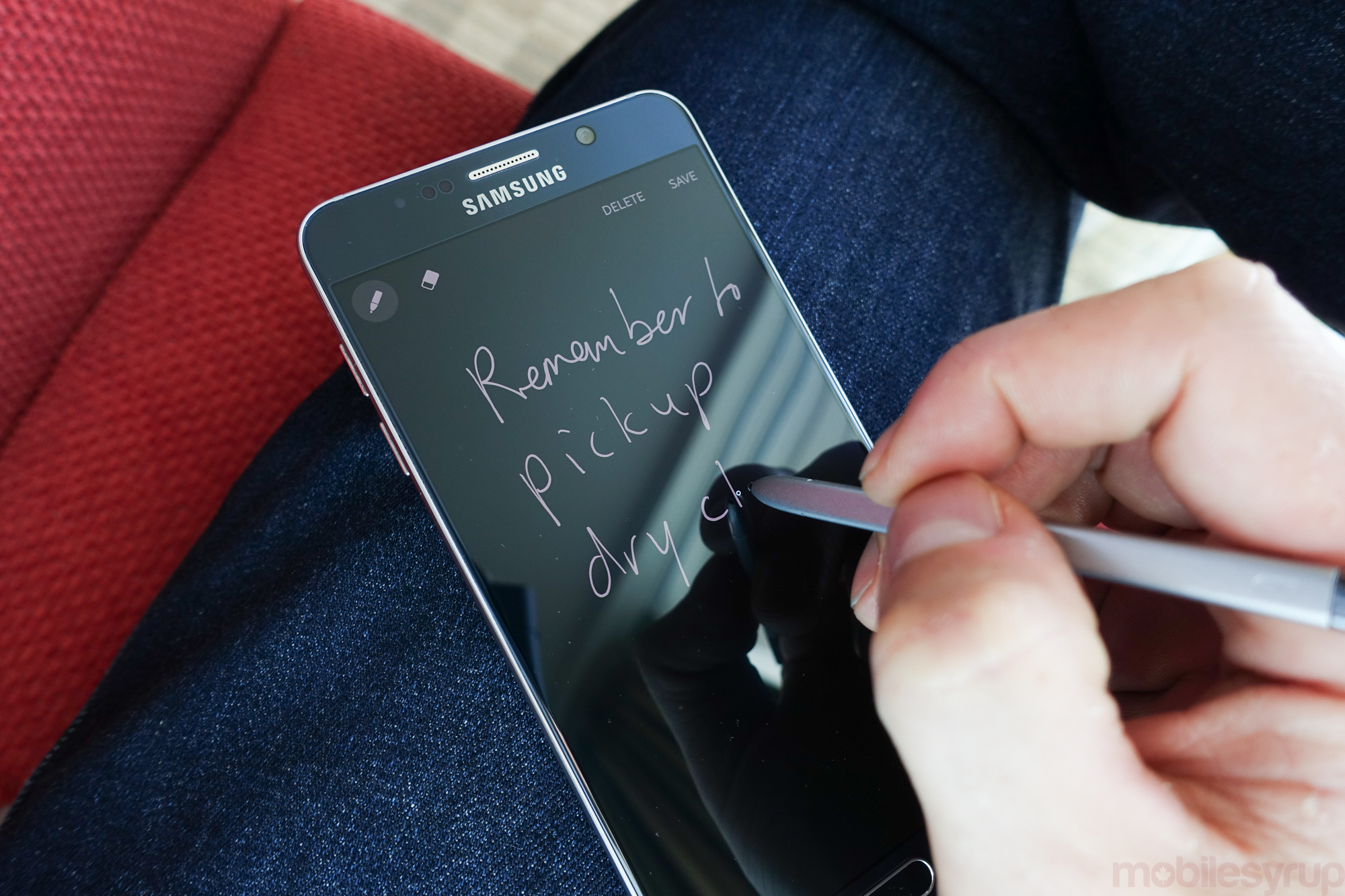 If you’ve seen almost everything smartphones have to offer, one of the coolest features of the recently released Galaxy Note 5 is the ability to write on its screen even when it’s turned off.

The feature is called “off screen memo,” and it takes advantage of a unique property of the Note 5’s AMOLED screen to achieve the effect. Unlike other display technologies, when an AMOLED screen needs to display black, it simply turns off the necessary pixel. It looks like a person is writing on a turned off screen, and in many ways they are.

For the time being, an official version of off screen memo is not available on older Note models, even though they use the same screen technology. However, thanks to an enterprising developer, you can get the next best thing.

XDA Developers member Xperiacle has posted his take on the app to the website’s forum, and for the most part, it works exactly like Samsung’s implementation and functions on the Note 3, Note 4 and Note Edge. It’s also compatible with the Galaxy S6, S6 edge and S6 edge+, though for obvious reasons, it doesn’t operate quite as well.

A link to download the app, as well as instructions on how to make it work, can be found here.