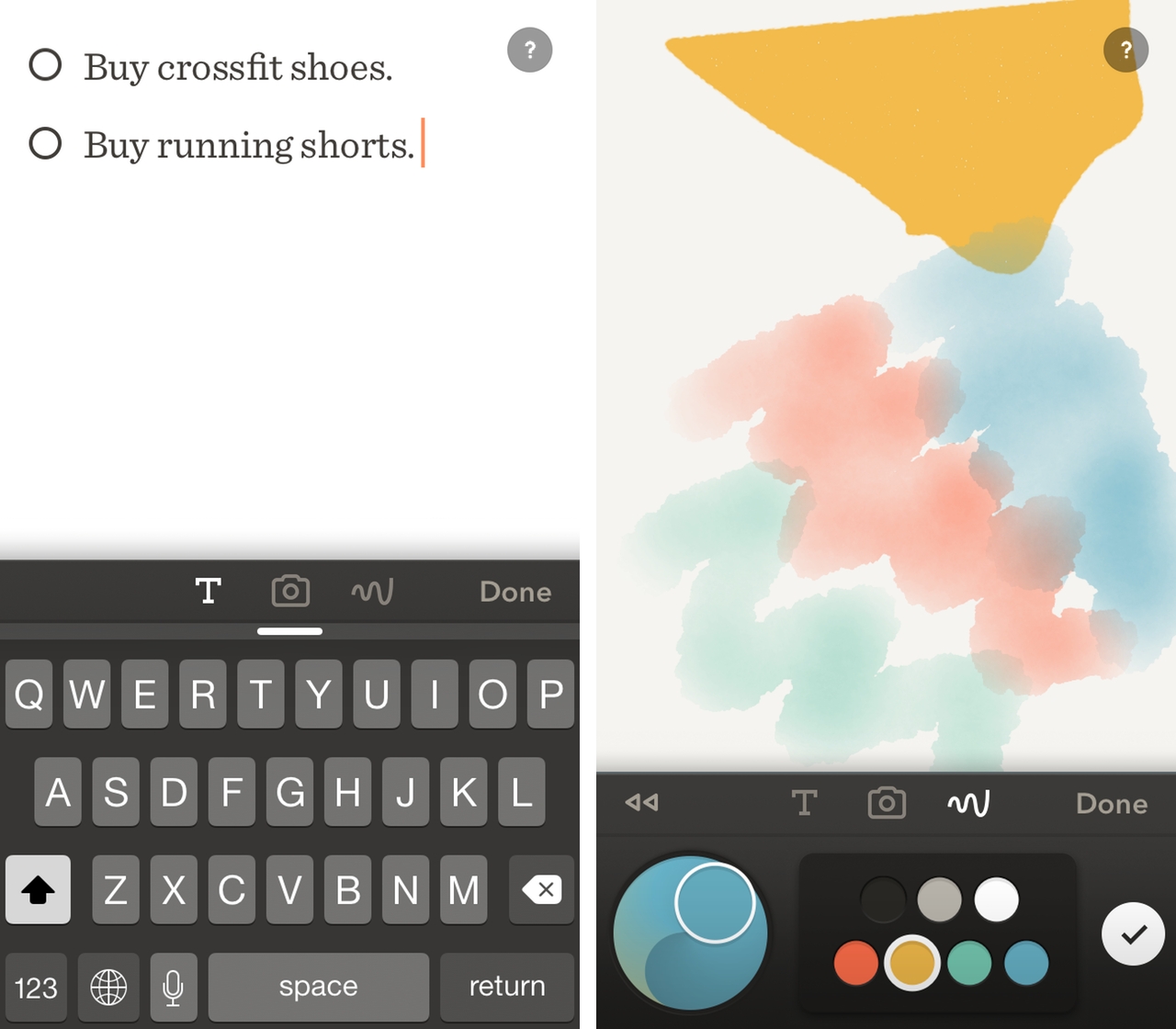 When New York-based development house FiftyThree teased that an iPhone version of its popular iOS app, Paper, was on the way, it seemed like that was reason enough to be excited.

However, now that the updated app is available on iTunes, it turns that’s just one of the major things the company has added to its popular app.

The added iPhone functionality works great: for all intents and purposes, this is the same app that people feel in love with on their iPad but writ on a smaller scale. Users have access to all the same functionality as on the iPad version of the app, and it’s even possible to use FiftyThree’s Pencil stylus with the iPhone.

The bigger addition here (in my eyes, anyway) is that FiftyThree has added several note-taking features to the app. When users create a new project for the first time, they’ll see that the app has a reworked composition screen. In addition to the app’s traditional sketching and photo modes, there’s now a text mode. One of the nifty features here is that by pressing down on a line of text and swiping it to the right, the user can their writing in to a checklist; a second swipe to the right turns a line of text in to a bulleted point.

At first blush, this seems like a minor change, but it essentially turns Paper in to something it wasn’t before. This isn’t an app just for people that can draw anymore; instead, it’s for anyone that wants a digital replacement for their notebook.

If you own an iPhone (or an iPad, for that matter) there’s no reason not to download and try out Paper. The app itself has been free since FiftyThree released its excellent Pencil accessory.

You can download Paper for free at this link. All of the app’s pricey add-ons have been made free for a limited time.