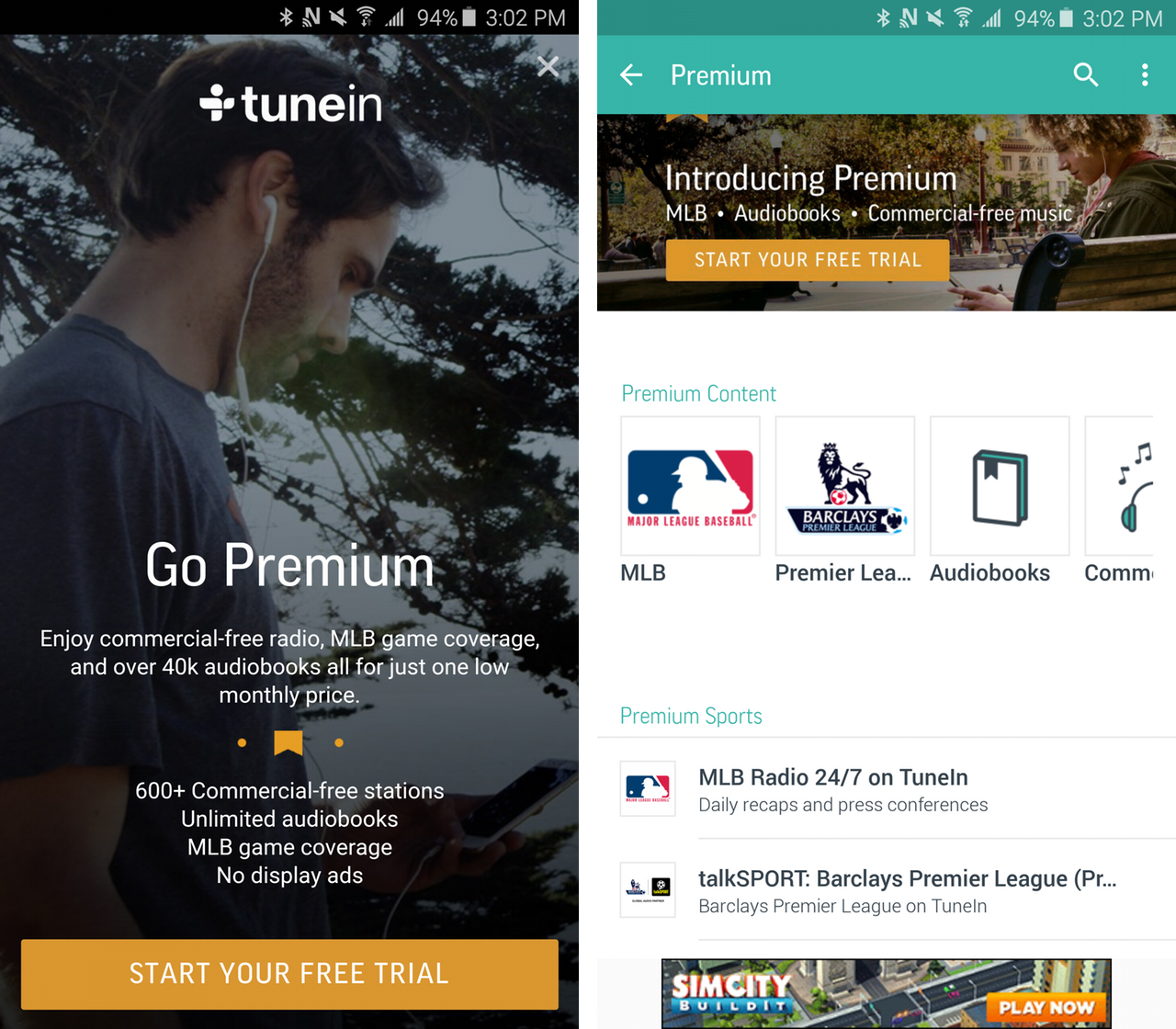 It’s been a while since we’ve heard from popular radio and music streaming app TuneIn. In November, the company released a Material Design update for its Android app. Since then, however, they’ve been relatively quite, and with good reason it seems.

On Tuesday, the company announced a new $8.99 Premium tier that brings ad-free streaming of radio stations, audio books and Major League Baseball matches to the service. Those who subscribe will gain access to ad-free streams from more than 600 Internet radio stations.

TuneIn is working to convince terrestrial radio stations to join the service, as well. It reportedly has a system in place that will allow broadcasters to replace their ads on the fly with music.

In terms of books, TuneIn has partnered with publishers Penguin Books, Random House, Harper Collins and Scholastic to allow users to listen to 40,000 full-length audio books.

Lastly, a recently signed deal with Major League Baseball will allow people to listen to radio broadcasts from their local team. In the near future, soccer in the form of game broadcasts from the Premier League and Bundesliga will also be added to the service.

Anyone on TuneIn’s free tier will be able to continue to listen to more than 100,000 radio stations. With more than 50-million active free users, that’s probably a good thing.