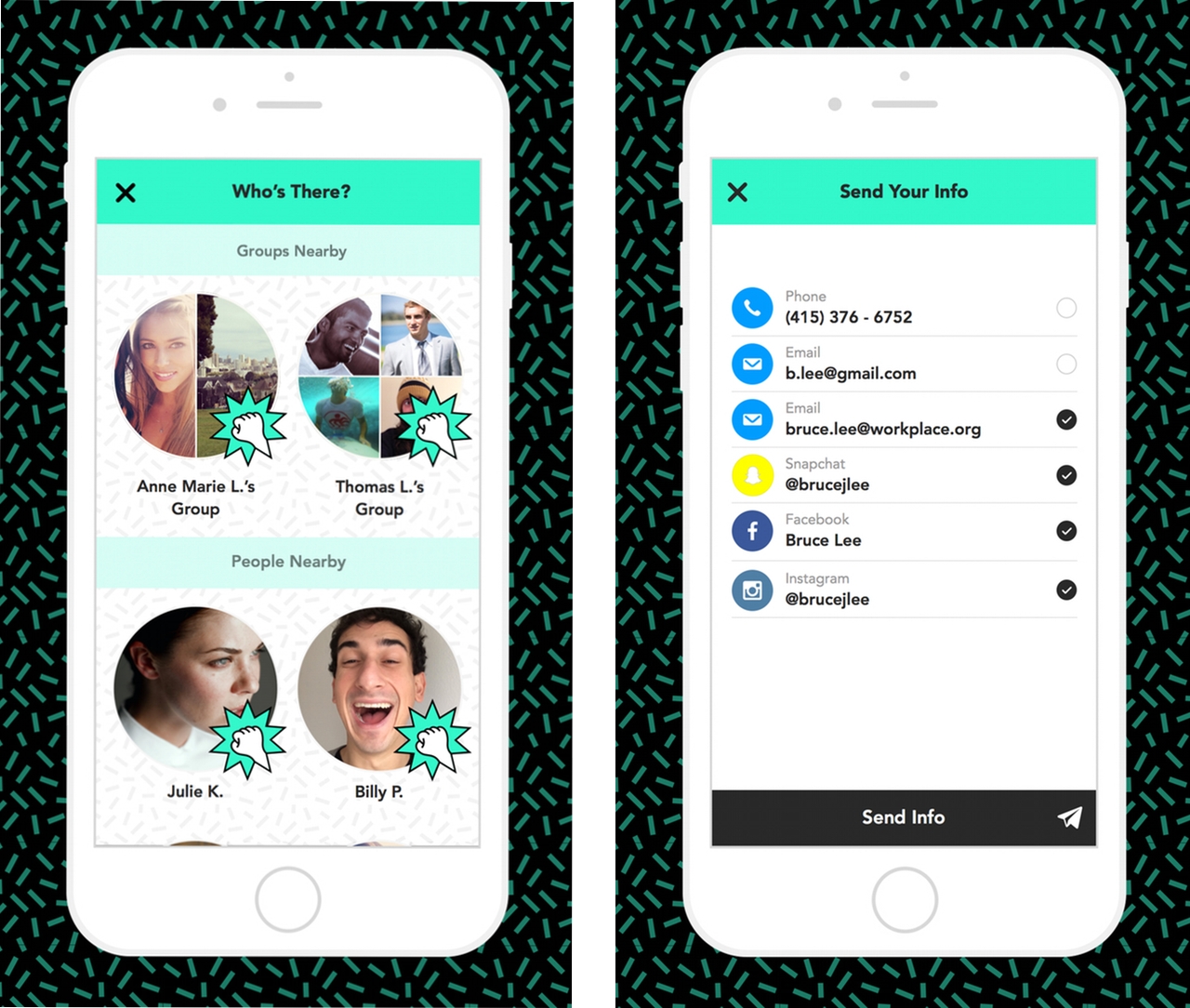 With so many different messaging and social media apps out there, most people probably have more usernames and handles than they can remember. So when it comes time to share that information with an individual, it’s often a hassle to do it.

With Knock Knock, knocking twice on your phone’s screen initiates a Bluetooth connection between your device and another nearby smartphone running the app. This works even if your phone’s display is powered down and Knock Knock isn’t one of the current active apps. Once a connection is established, it’s up to you to decide what information is shared.

Using the app it’s also possible to start a group chat with nearby participants.

After a slight delay, Knock Knock is available in Canada now, and can be downloaded from the Play Store or iTunes App Store.

While waiting for it to download, check out the promotional video Humin, the developer behind the app, released to showcase its work; the video features appearances from the company’s celebrity investors, including Richard Branson, Will.i.am and Sophia Bush.