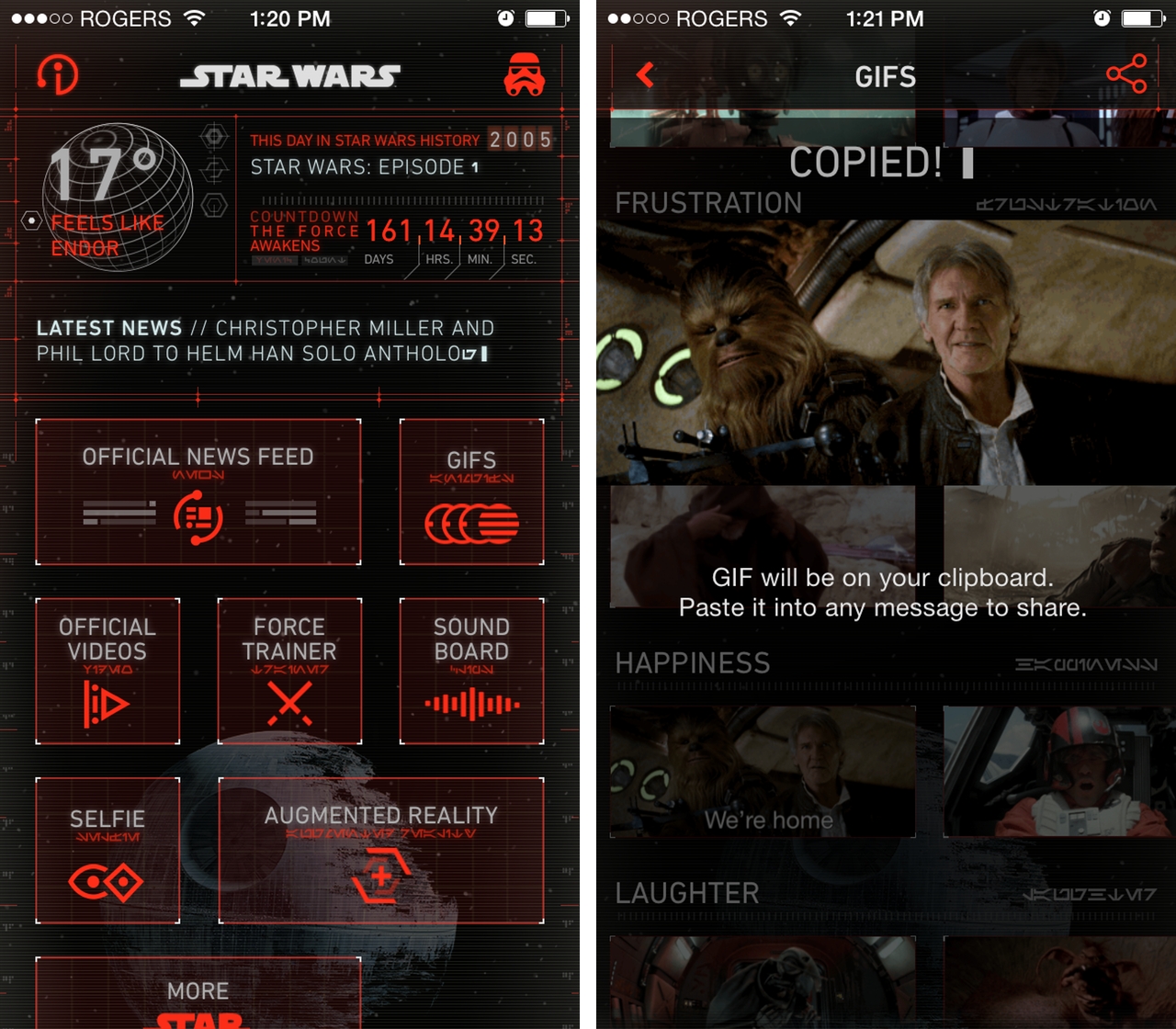 Not to be outdone by arch-rival Star Trek, which got its very own Bluetooth-enabled Communicator yesterday, Disney today released an official Star Wars app for Android and iOS.

The app has its share of fun features. For instance, there’s a sound board where the user can play famous sound bits from the movies. Thankfully, it’s possible to play this gem over and over again.

Of course, no app of this type would be complete without some kind of selfie taking feature, and the official Star Wars app is no different. Using the app, users can take snaps of themselves in various locales across the Star Wars universe, including Tatooine and Hoth. It’s also possible to add a Lightsaber to the mix, and characters like Darth Vader and Yoda.

If taking selfies is not your thing, there’s also an augmented reality game where you can work on your Lightsaber skills, and a GIF board that lets you share short scenes from the movies.

Then there are the more prosaic features like the ability to enable the app to send notifications when, for instance, new trailers for the Force Unleashed are released. There’s also a weather widget within the app. With it being 17 degrees in Toronto today, it apparently feels like Endor here.

Lastly, it’s possible to customize the app using a Light Side, Dark Side or Droid theme, though let’s be honest here, the only theme a person should be using is the Dark Side one. However, if you really must use any of the other themes, each one features a different design, and unique sounds and animations.

Download the official Star Wars app on Google Play or the iTunes App Store. May the Force be with you.