The Hero4 Session is GoPro’s smallest, lightest camera yet 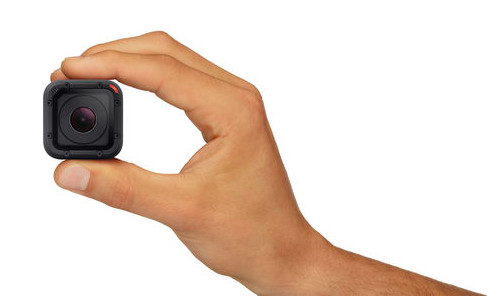 Announced today, the GoPro Hero4 Session is the California-based company’s latest camera and its smallest.

The new model features a diminutive cube-like design that the company says is 50 per cent smaller and 40 per cent lighter than its current Hero4 models. The new case is also waterpoof up to 10 meters, but still feature the same versatile mounting system as its predecessors.

The camera itself has three different capture mode: 1080p at 60 frames per second (fps), 1440p at 30fps or 720p at 100fps. It’s also able to record time lapses and capture 8-megapixel stills in either single shot or burst mode. Lastly, it features two microphones that can switch automatically to reduce noise from wind.