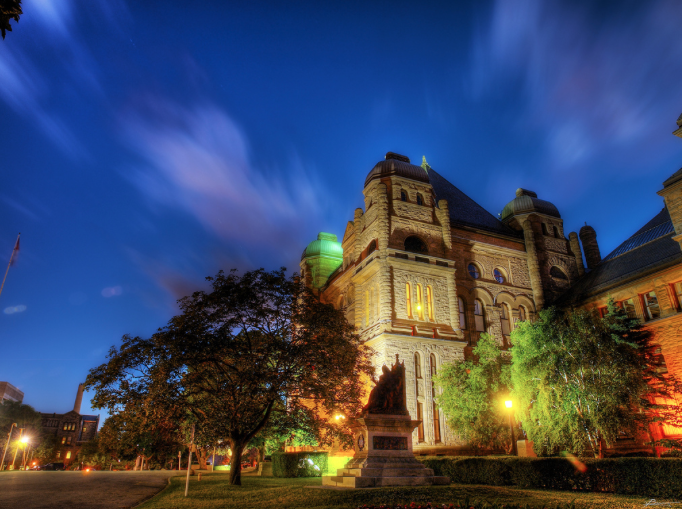 A Member of Ontario’s Provincial Parliament is under scrutiny after he used some ill-advised words to describe the government’s policy of exclusively supplying members of parliament with BlackBerry smartphones.

On May 4, Shafiq Qaadri, the Liberal representative for Etobicoke-North, tabled a proposal that requested that the government consider buying MPPs and parliamentary staff Apple and Android smartphones.

“Whereas the Legislative Assembly has for years maintained a BlackBerry-only policy is a valiant effort to buy Canadian, but this approach is handicapping, retarding and penalizing MPPs, their staff and indeed all members of the legislative community,” said Minister Qaadri.

This, of course, set off the members of the legislature. MPP Michael Harris, the Progressive Conservative representative for Kitchener-Conestoga, slammed Qaadri and his proposal. “Frankly, if the member wants the latest Apple apps or Snapchats [sic] with friends, he can do it on his own dime,” said Harris. “Perhaps he should ask President Obama or the Department of National Defence if their use of BlackBerry is ‘handicapping and retarding’ their work.”

According to CTV, Minister Qaadri’s proposal was likely read over by several staff members and fellow MPPs, which makes it all the more bewildering that “handicapping” and “retarding” made it in to the final draft of his proposal.

On Sunday, BlackBerry and its CEO John Chen joined the chorus of voices criticizing Qaadri for his comments.

“I join the many, many people across Canada calling on him to apologize and explain why he chose to use derogatory references to people with disabilities in a petition ostensibly about technology,” said Chen in a statement issued on Inside BlackBerry, the company’s official blog. “We are dismayed‎ by Mr. Qaadri’s behavior that reflects poorly on all of Canada – and especially to Canadians with disabilities who are incredible contributors to the nation.”

According to Chen, BlackBerry smartphones are used by a variety organizations, including many of the world’s largest law firms, automative companies, pharmaceutical companies and oil and gas companies. Additionally, all seven G7 governments use the company’s smartphones, as well as 16 of 20 G20 governments.

Chen’s full statement can be found on Inside BlackBerry.

Minister Qaadri’s office did not respond to Mobilesyrup request for a comment in time for this article to be published.