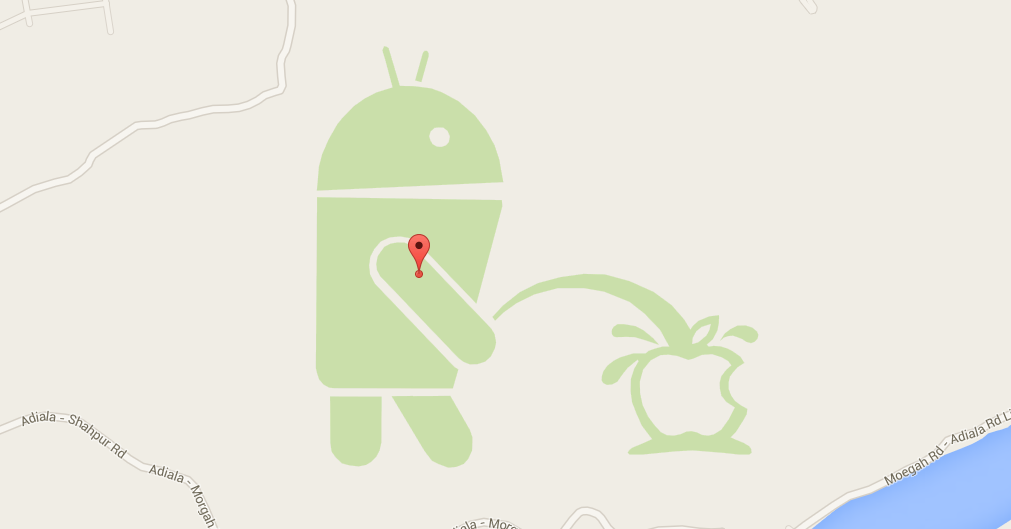 However, this latest Easter egg found in Google Maps takes direct aim and hits the spot. First noticed by Team Android, Google engineers have creatively embedded the Android robot logo urinating on the Apple logo in Google Maps. The exact coordinates of the image are N 33°30’52.5″, E 73°03’33.2″, which pinpoints to a city in northern Pakistan called Rawalpindi.

There is no indication of when or why the image is in Maps, or how long Google will keep it there.

Update: Google has issued a statement to the Washington Post regarding the urination image on Apple’s logo. Google uses a feature called Map Maker that allows Google Map users around the world edit and update the service, but this image somehow slipped through the team reviewing the update. Google’s Mara Harris, said, “We’re sorry for this inappropriate user-created content; we’re working to remove it quickly… We also learn from these issues, and we’re constantly improving how we detect, prevent and handle bad edits.”

The image has been removed.