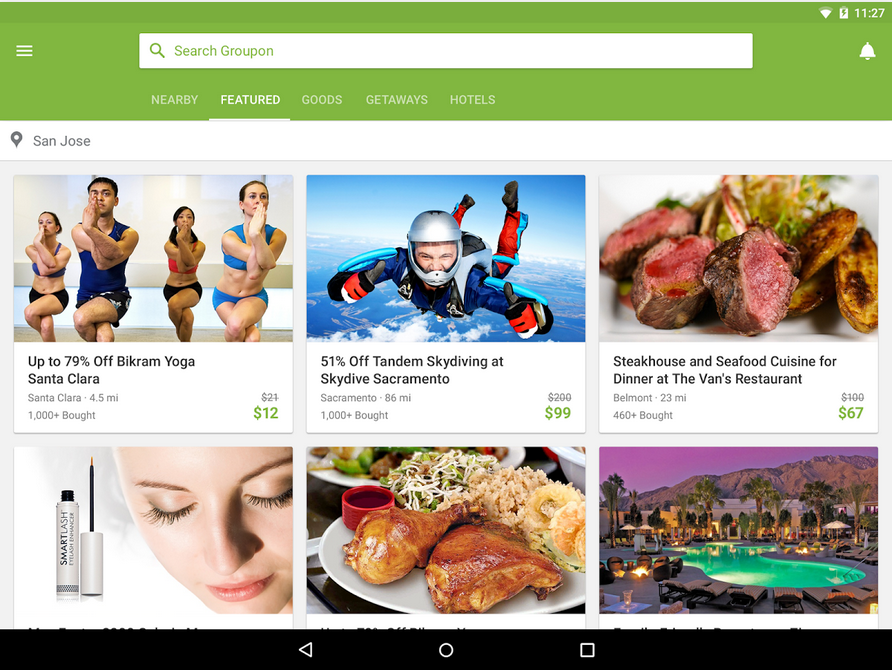 Groupon has updated the Android version of its popular deal-of-the-day app to version 15.2.

As with many other Android apps updated in the last couple of weeks, this update brings with it a comprehensive Material Design overhaul to the app. Besides being easier on the eyes, the redesign also makes an effort to make searching for deals easier with a more prominently featured search bar. The app’s icon has also been reworked.

The more significant change, however, is that Canadian users can finally use the app to access their My Groupons account to receive gifts or request refunds.

Version 15.2 of Groupon is already live. It can be downloaded from the Google Play Store.