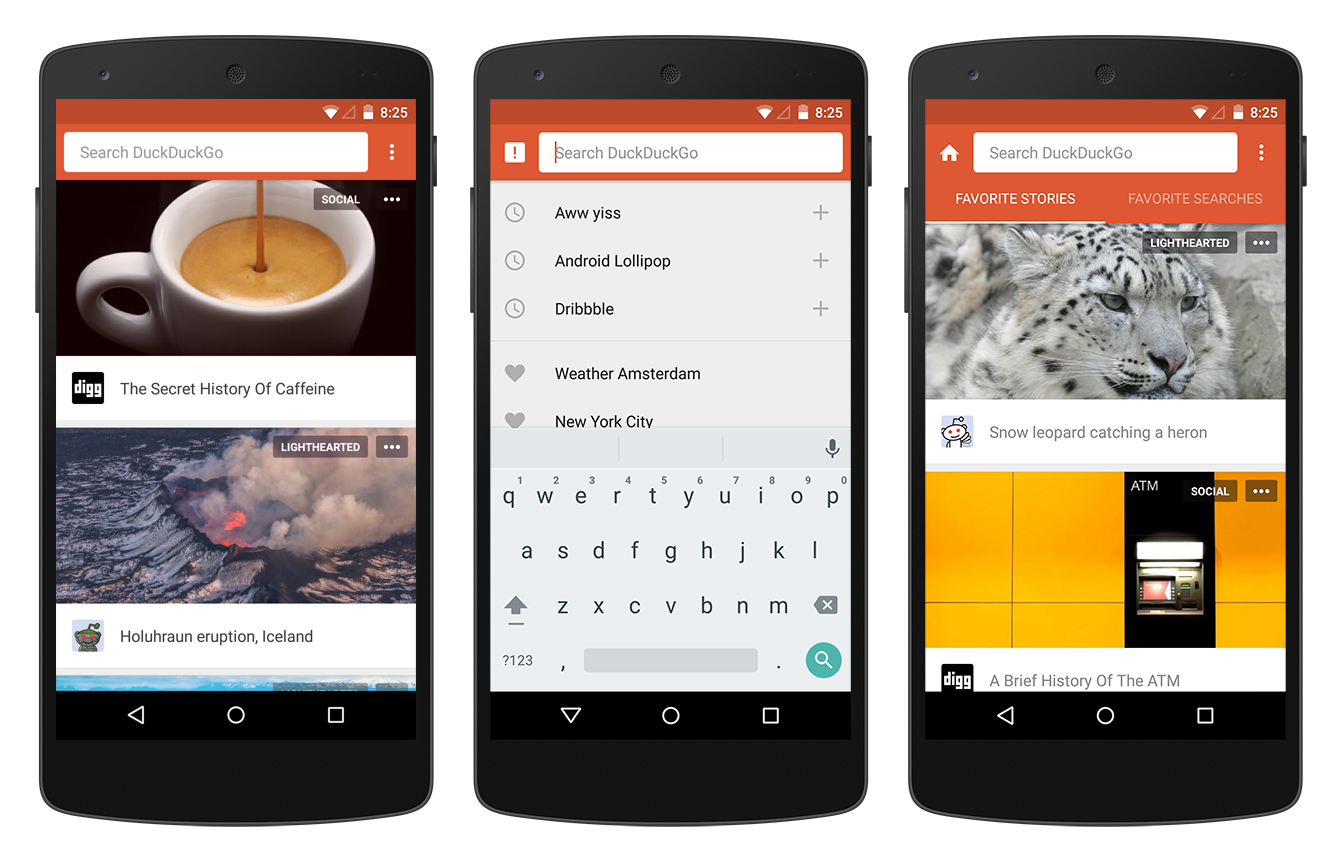 Another day, and another collection of companies announce that they’re reworking their Android apps to take advantage of Google’s Material Design aesthetic.

Those that would like to check out the redesign can do so by downloading the APK directly from DuckDuckGo (download link). An official release is forthcoming once the company works out all the kinks in this new update.

Besides a new coat of paint, the update also introduces several smaller enhancements, including a simplified menu and a search system that incorporates a user’s recent and favourite searches into the process.

It should be noted that once one updates to this beta update, it’s no longer possible to use the official app without first uninstalling the entire app.