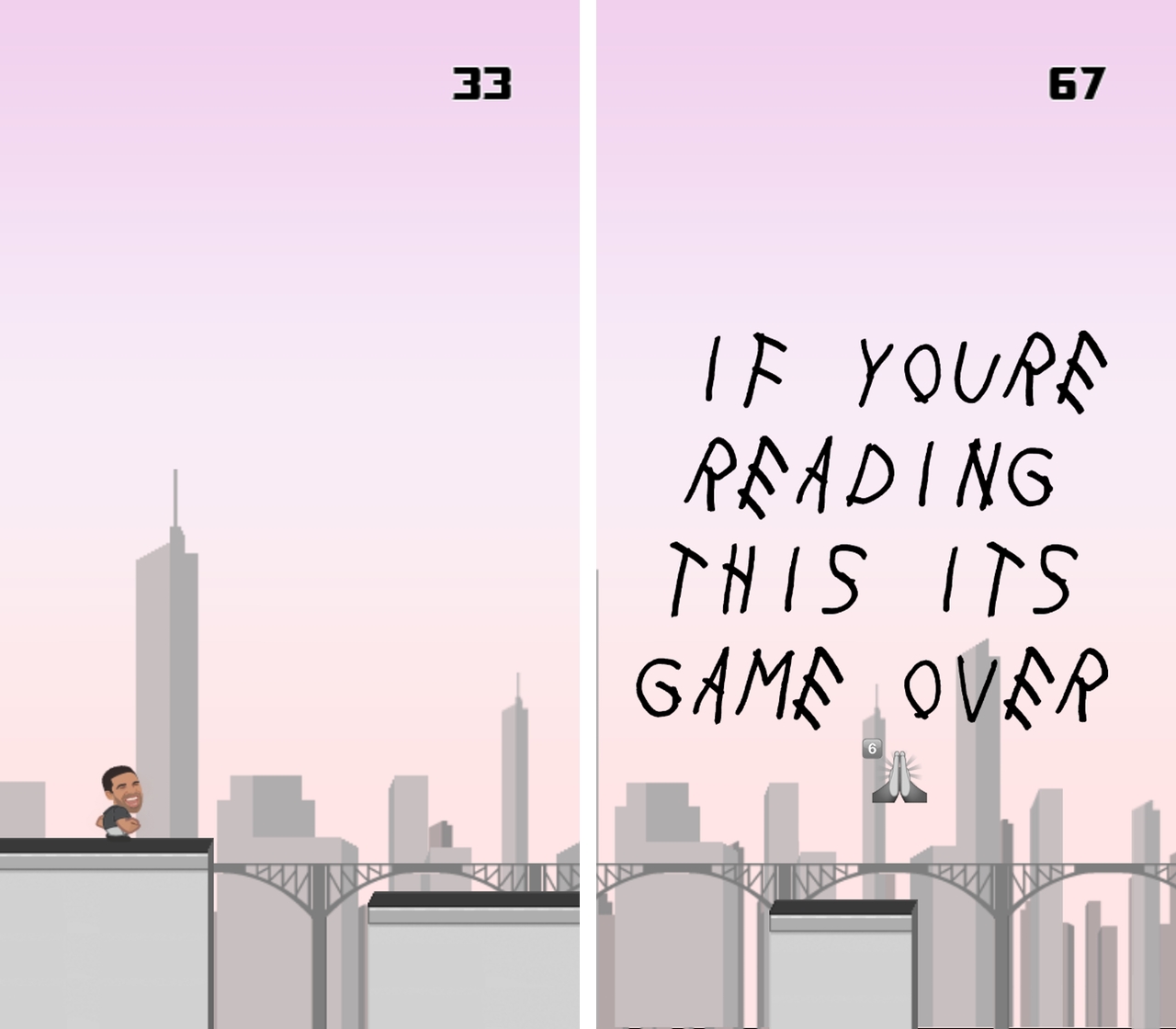 Have you ever played Canabalt and thought to yourself, Man, this game would be so much better if I could only control Drake instead of some disgruntled office worker?

Well, it’s your lucky day because a developer named Nico Uribe has granted your wish.

On April 2, Uribe released an iOS game called Runnin through the 6. It’s a mashup between Canabalt and Flappy bird, and it’s up to the player to guide one Aubrey Drake Graham past endless wheelchairs and pitfalls.

If there’s one issue with this gem of a time waster, it’s that the city pictured in the background is not Toronto. How can this game be called Runnin through the 6 when the 416 is not even featured in it?

That said, an instrumental version of Drake’s “Know Yourself” plays in the background, so there’s that.

Uribe is the creator of seven other apps on the app store, including another Flappy Bird clone called “a potato flew around my room”.

Grab Runnin through the 6 on iOS for free before Drake’s legal team sends Uribe a cease and desist.