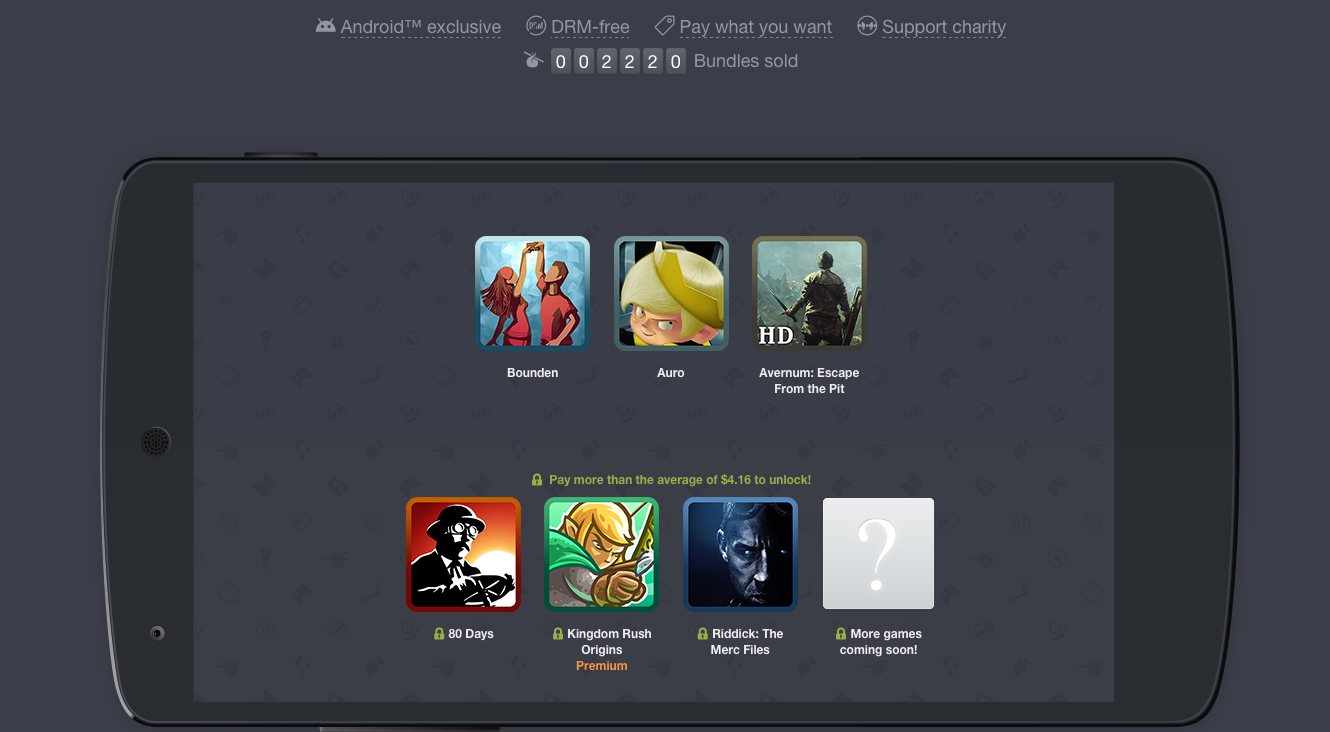 The latest Humble Mobile Bundle has launched with six games for Android smartphones.

The standouts here are Bounden—a cooperative two player game that forces its players to move their bodies and dance—and 80 Days, a text adventure by inkle, they of Sorcery! fame.

Also included in the package are Auro, Avernum: Escape From the Pit, Kingdom Rush Origins and Riddick: The Merc Files.

The initial price tier includes Bounden, Auro and Avernum: Escape from the Pit. Paying more than the average—currently at $4.16 USD—will unlock the other four games. All things considered, that’s a pretty good deal; just buying 80 Days from the Google Play Store will set one back $5.40 CAD.

Of course, as with every other Humble Bundle in recent memory, more games will be added later in the week. Those that decide to purchase the bundle now need not worry; they’ll get whatever other games are added to the bundle as long as their initial contribution was over the average.

For those that are new to the Humble Bundle, it’s fairly simple concept. Every week, the organization posts a new collection of games that people can pay-what-they-want to access. Once someone has decided that they want to buy the bundle, it’s also up to them to decide how their contribution gets divvied up, as each bundle has a charity component. In the case of this latest one, part of the proceeds from this sale will go to the World Land Trust, an organization devoted to protecting wildlife habitats.

We’ll update this post once we learn what other games are added to the bundle.