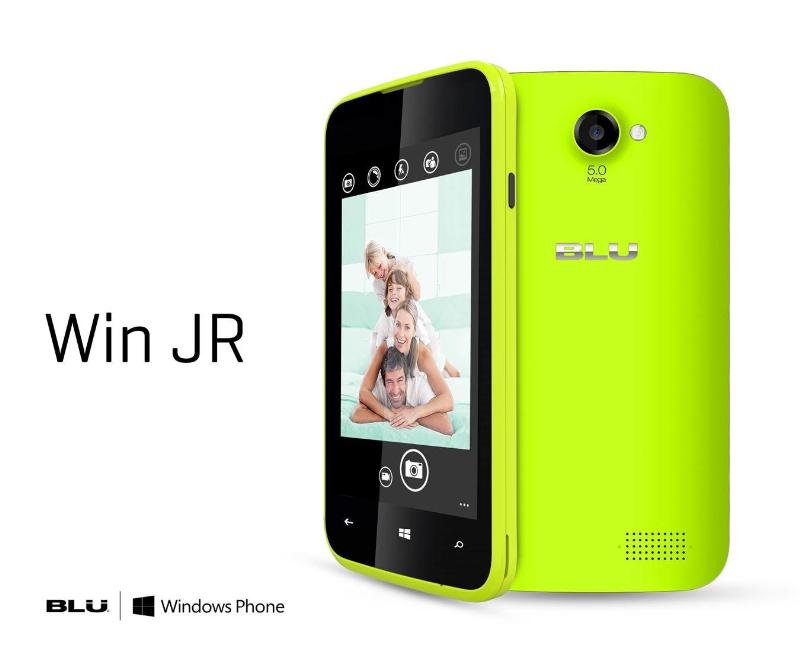 September has been a pretty crazy month for new phones. IFA brought us a wealth of new devices from Samsung, Motorola, Sony, and Microsoft, and Apple followed up with the unveiling and subsequent launch of the iPhone 6 and iPhone 6 Plus. Given this embarrassment of riches, it’s no surprise that the announcement of the BLU Win Jr went largely unnoticed.

Announced the same day the iPhone 6 made its debut in San Francisco, the BLU Win Jr is one of Miami-based BLU’s first Windows Phone devices (along with the Win HD, announcement the same day) and is the definition of budget smartphone. 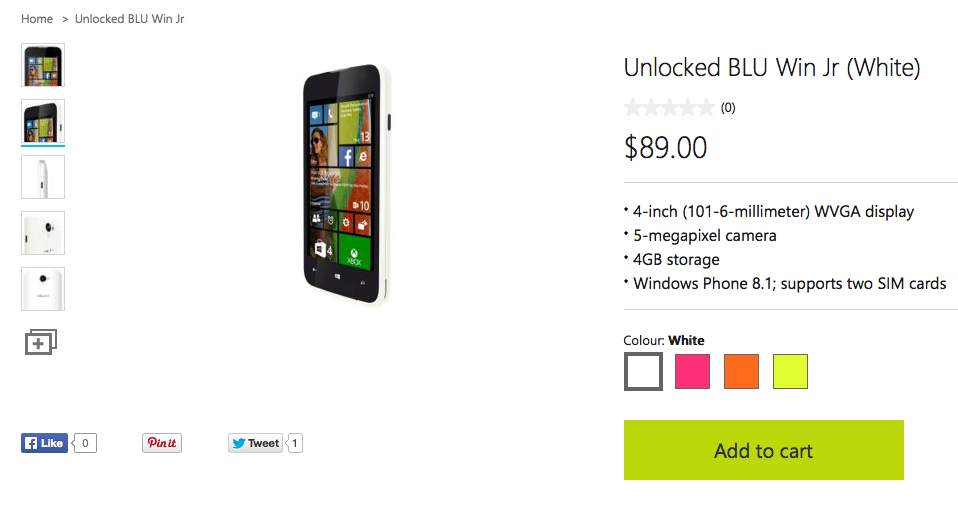 The Win JR is now available from Microsoft Canada, though it’s not clear when the device launched (we’ve emailed Microsoft for clarification). It comes in white, pink, orange, and yellow, though only the white appears to be in stock at time of writing.