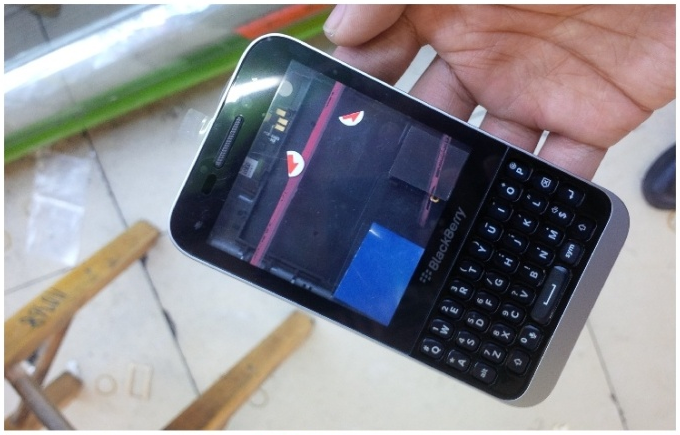 These images are what is said to be an unreleased BlackBerry 10 device. The internal code name of this gem was known as the “Kopi” and when John Chen, BlackBerry’s new CEO, took over he decided to scrap this from its lineup and release the Z3 with Foxconn.

This isn’t the first time the Kopi has surfaced online, last September we saw a blurry image but these are sharper and show what could have been. The overall design looks to be a cross between a high-end Z30 and the entry-level Q5 by sporting a touchscreen and a full QWERTY keyboard. It was rumoured that this BB10 device would have a removable battery and sport a Qualcomm Snapdragon MSM8960 processor.

The Z3 will be hitting emerging markets in a few weeks and BlackBerry’s upcoming flagship, the BlackBerry Q20, will arrive sometime in September or October.