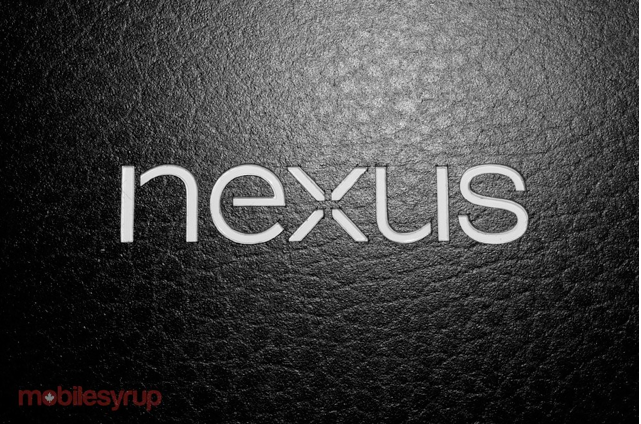 Update: This contest is now closed. We are happy to announce that the Nexus 5 and dbrand case goes to Facebook follower Hebby Easterbrook. We will be having more contests in 2014 — many smartphone, tablet and now including wearables into the mix.

If you’re a Nexus enthusiast, which many of us are, then you’ve probably heard of dbrand. They’re the Toronto-based manufacturers of vinyl skins — an accessory that unfortunately won’t save your device from drops, but will definitely add style and prevent scratches. We’ll be quickly reviewing their Nexus 5 skin and also giving a 32GB version in white or black, plus your choice of skin!

Let’s dive in: We’ve reviewed dbrand in the past and all their skins are made from 3M vinyl and available in a few colours and textures. Each Nexus 5 kit comes with coverage for the back, sides and front of the device, as well as two screen protectors. Also included are a dozen different style skins to cover the Nexus 5 lens. This will add some additional personalization to your device and also protect the raised camera from scratching while it’s laying down on a flat surface. 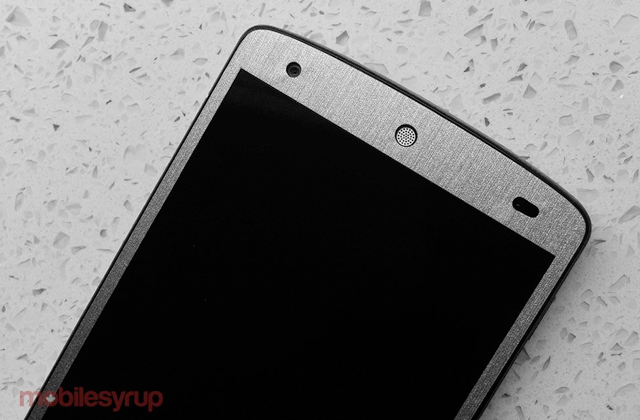 Installation takes a couple minutes and dbrand notes that they “meticulously measure the cutouts over a thousand times, down to the millimeter.” While I can’t confirm this to be true, I will definitely agree that the fit is precise. From the “Nexus” cutouts in the back to the LED notification cutout on the front, dbrand has paid close attention. 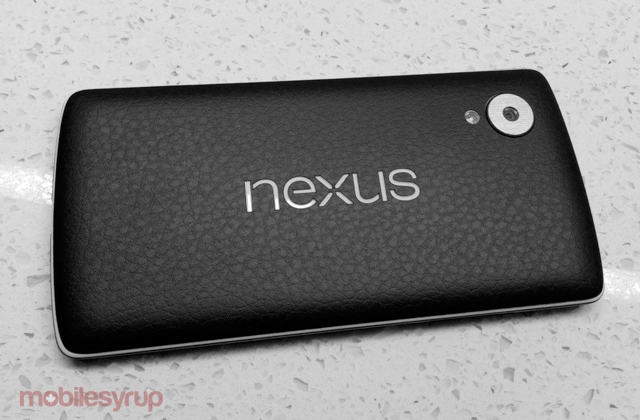 The ability to mix different styles for the front and back is something unique that drands has over its competition. I tested the black leather on the back and titanium on the front and sides. The textured leather vinyl feels great in the hand and doesn’t attract fingerprints like the soft touch back of the device. 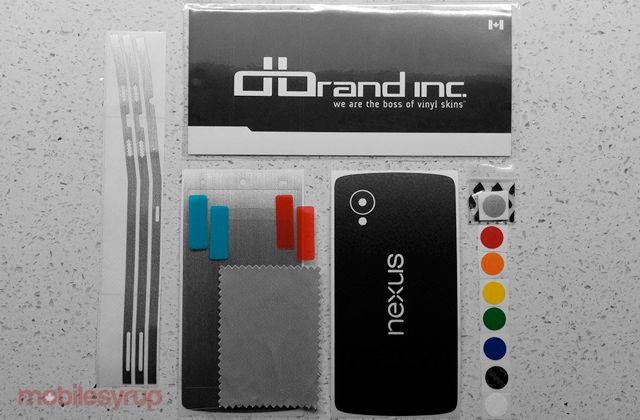 When dbrand first launched they didn’t include screen protectors. Now, “just in case you don’t get it right the first time,” dbrand now provides two anti-glare screen protectors. These have a matte finish and keep the screen clean and clear. dbrand skins costs as low as $10 for the back piece and shipping is $3 — certainly something to look at that will set your N5 apart from all the others. Check them out here and customize your own.