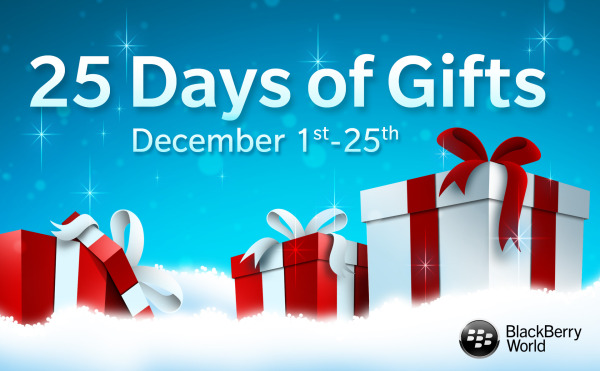 BlackBerry has over 130,000 apps in BlackBerry World and to celebrate the festive season they’ll be giving away 25 free premium BlackBerry downloads with a promo called “BlackBerry World 25 Days of Gifts 2013.” The good deed starts on December 1st and lasts until December 25th.

It also looks like the free goods are not limited to apps, but will possibly include games or movies. To get in on the action you must have a BlackBerry 10 powered device, either the BlackBerry Z10, Q10, Z30, Q5 or Porsche Design P’9982.

No word on what the apps will be, but those interested can head on over to BlackBerry World from your device on the 1st.