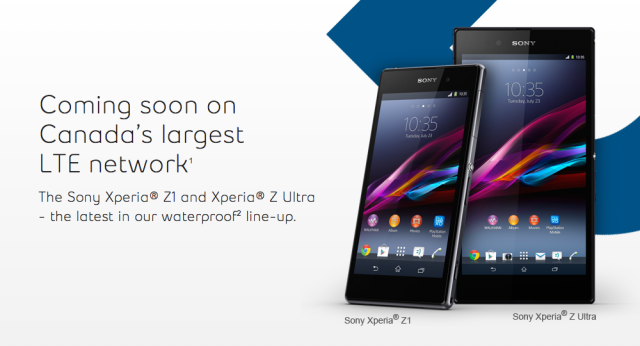 Looks like Bell will be releasing the Sony Xperia Z Ultra in Canada. This larger Android was announced a couple weeks ago and the list of carriers was missing from the press release. According to Bell’s website, customers can now go forth and pre-register for this 6.4-inch device and be informed of when it’ll be available. There’s still no word on a specific release date – will be in October – or pricing, but we’re also hearing that the Xperia Z Ultra is a Bell exclusive.

In addition, if interested, you can also pre-register for the Xperia Z1 – which is also coming in October.

Update: According to a press released we received by email, Bell will have an exclusive on the Xperia Z Ultra:

No word on prices yet.