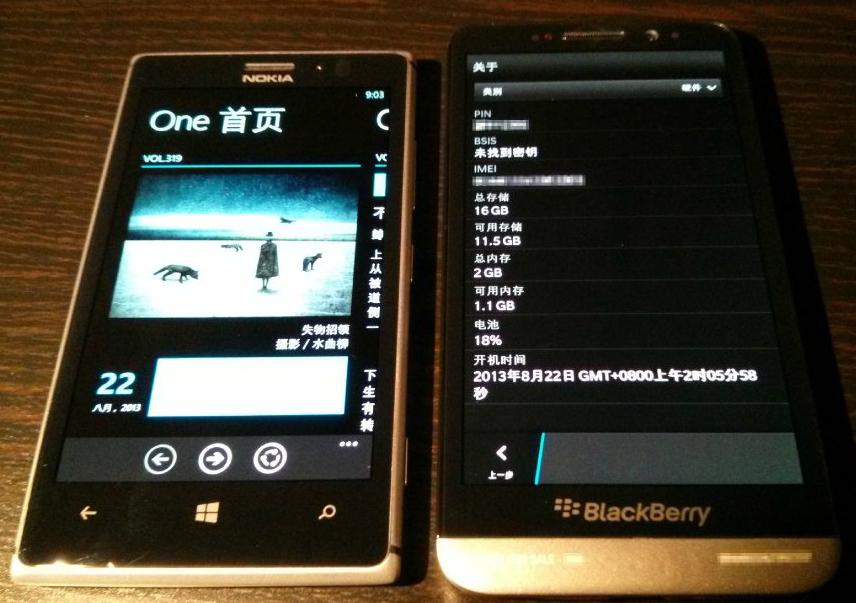 The 5-inch BlackBerry Z30 is certainly no secret, still unofficial, but no secret. This BlackBerry 10-powered smartphone was once called the A10 Aritso and we’ve seen several pictures and videos surface online that show off its design and size to other BlackBerry 10 devices, but today the Z30 gets measured up against the Nokia Lumia 925. Bottom line, it’s bigger.

There’s no word from BlackBerry yet on when the Z30 will be available or the price points.