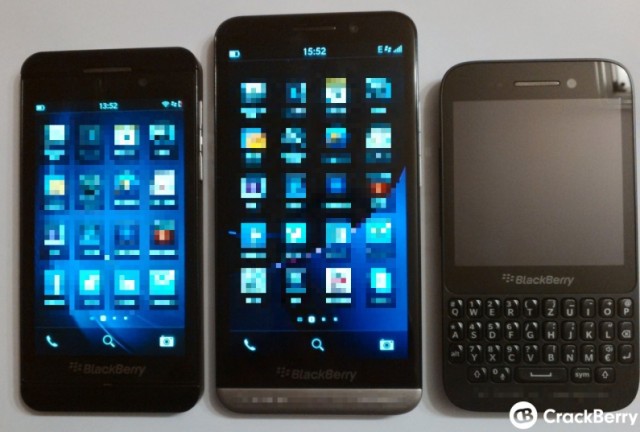 The BlackBerry Z10 has a 4.2-inch display and the QWERTY/Touch Q5 has a 3.1-inch display. Curious how the upcoming Z30 – previously known as the Aritso A10 – will look? Well, a collection of images has popped up on the web once again that compares all three BlackBerry 10 powered smartphones.

The Z30 is expected to come with a 5-inch display, 1.7GHz dual-core processor, 8MP camera and a 2800 mAh battery. As for its size, much bigger than the current flagship Z10 and the edges have more curves to them. In addition, the Z30 looks like we’ll see BlackBerry introduce a 5th row of apps, compared to the four that are currently on the Z10, Q10 and Q5. 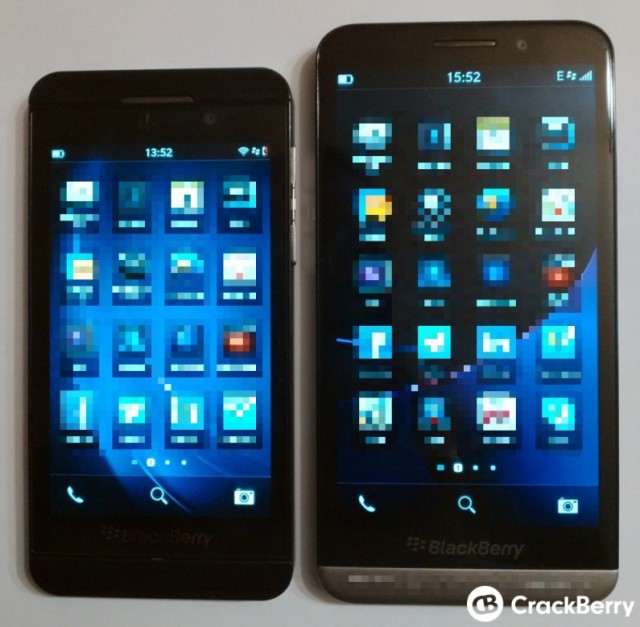 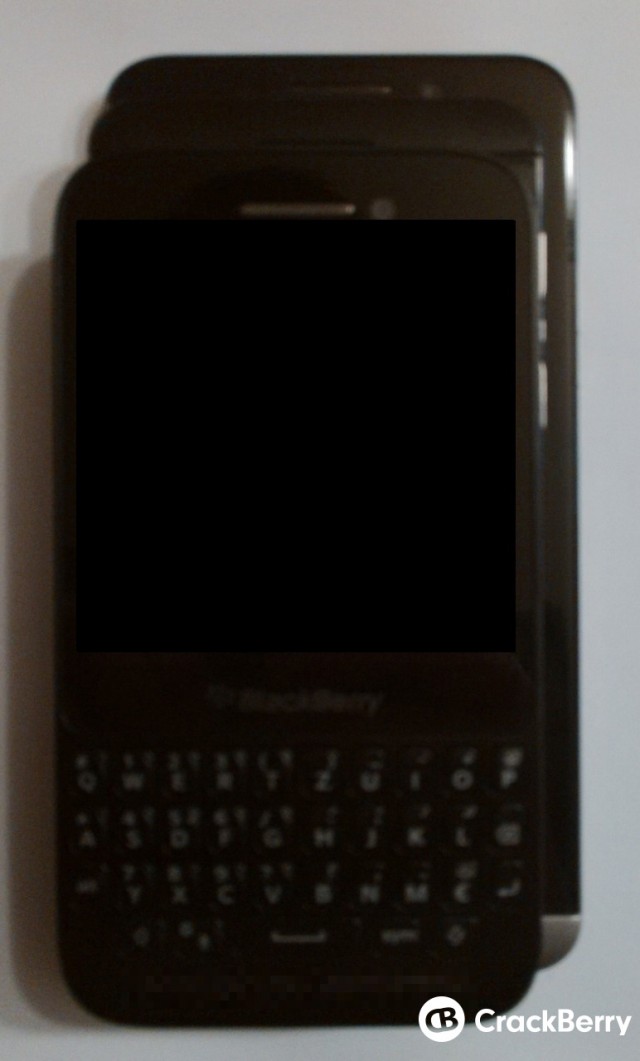 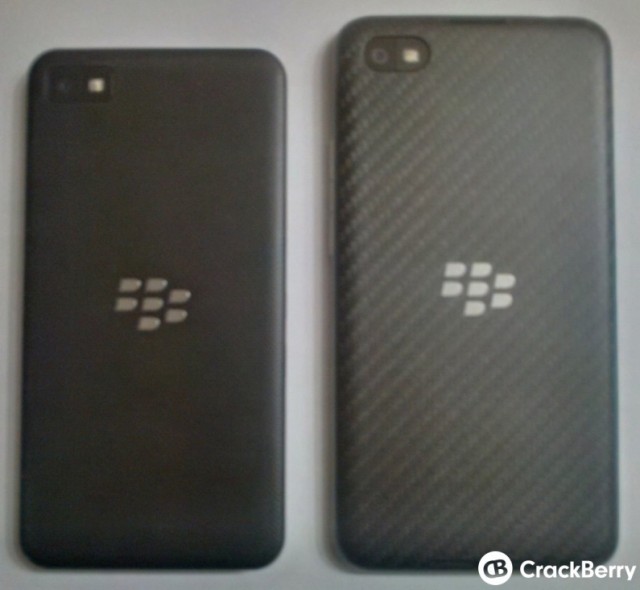