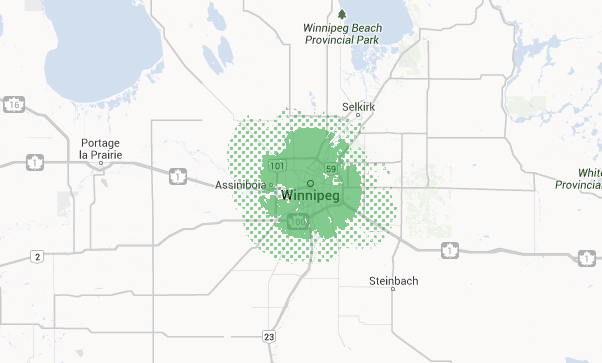 TELUS announced back in May that their LTE network would arrive in Manitoba – specifically in Winnipeg – this summer. Today to glorious day has arrived! The coverage is currently in the core of the city, but according to their map it looks like they plan on expanding in the coming months. As for speeds, TELUS says users will reach an average download speed of 12 to 25Mbps, but our tests over the past couple years have occasionally topped out above 30Mbps.

To celebrate this momentous occasion, TELUS has put together a promo for Winnipeg customers: “new and existing post-paid TELUS customers in Winnipeg can trade in their existing phones, mobile internet keys and mobile Wi-Fi devices and get a $50 instant in-store credit (on top of the trade-in value of that device) toward a new device or accessory from July 15, 2013 until September 15, 2013.”