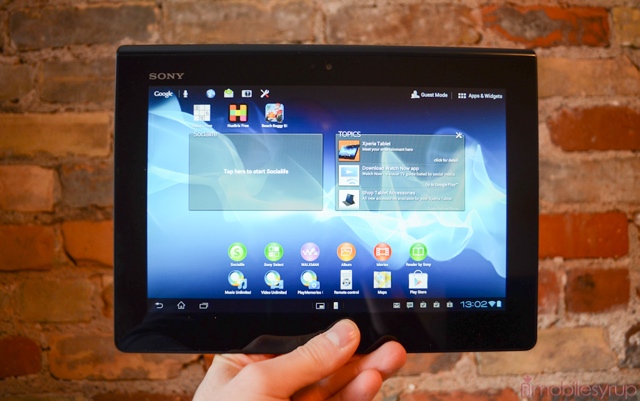 One of our favourite tablets of last year, Sony’s Xperia Tablet S, shipped with Android 4.0.3 Ice Cream Sandwich last year and has stayed that way ever since. Its first major update, to Android 4.1.1, is slated to begin rolling out tomorrow. The following was posted on Sony’s official support forum:

We are pleased to announce the release of the Jelly Bean update for the Xperia Update which will be pushed out to our production server on April 18th 2013 between 9am – 10am pacific standard time.

The Xperia Tablet will receive a notification on the bottom right hand corner that a System Update is available.

This release will be for the United States, Canada, and Latin America Region.

It’s likely that the Jelly Bean update will introduce many of the same improvements to the tablet as came to Sony’s flagship smartphones like the Xperia T and Xperia ZL, including performance improvements, expandable notification support and more.

The update may take a few days to reach every Xperia Tablet S owner, and a notification should appear in your list when it becomes available. The full change log will be available tomorrow.