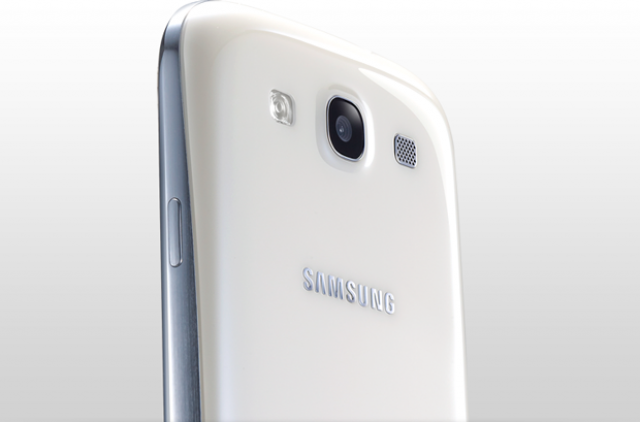 Samsung is almost set to unveil the Galaxy S IV on Thursday. They’ve teased a corner of the device, plus created the “secret messenger” boy wonder Jeremy to protect it from leaking online. Perhaps the child was not the best choice as images and a video have possibly surfaced that reveal its design and rumoured specs.

The Galaxy S IV is expected to come with a 5-inch 1080p HD AMOLED display, run Android OS 4.2.1 Jelly Bean, have a 1.8GHz processor, 2GB of RAM, 13MP camera and a 2MP front-facing camera. The GS IV is reportedly going to keep the same overall look as the GS III, but sport an aluminum band around the device.

Bloomberg is reporting tonight that “two people familiar with the product” confirm the rumoured specs, stating that “The phone will sport a 5-inch screen, slightly larger than the one on last year’s S3… The U.S. version will use Qualcomm Inc.’s quad-core chip, giving the phone more processing power to handle multiple tasks at the same time, they said. In other markets, it will rely on Samsung’s “octacore” eight-core chip, the people said.” In addition, the “Galaxy S4, which runs Google Inc.’s Android software, also will have a higher-density, 13-megapixel camera, up from 8 megapixels in the S3”

However, with the design not taking centre stage Samsung is expected to be heavy on features. One of those is something called Smart Scroll, a feature that allows the user to use their eyes to scroll up and down the display without actually touching. Although leaked screenshots showed Smart Scroll on a device, Bloomberg says their sources say “that eye scrolling won’t be in the Galaxy S4, though it may appear in future versions of the phone. There will be more simplified uses of eye-tracking technology, such as the ability to pause videos when the user’s eyes move away from the screen, the people said.”

Seems like it’s all coming together. Everything will officially be unveiled on Thursday at 7PM.