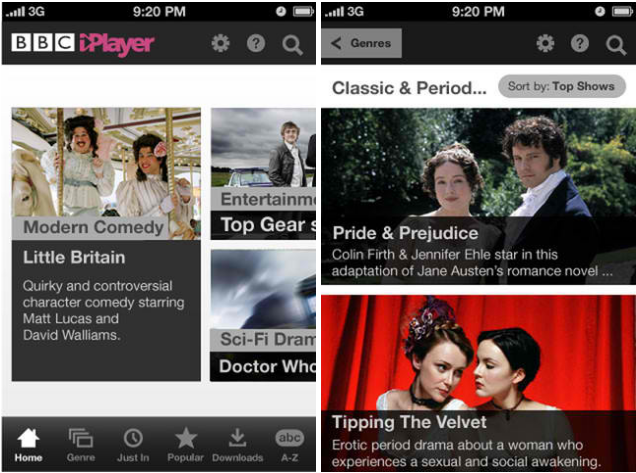 We’re big fans of the BBC around here. When the global arm of the British Broadcasting Corporation opened its iPlayer app to Canadians earlier this year, I was thrilled.

BBC puts out of some of the best television on the planet: from Fawlty Towers to Top Gear to Spooks, there’s a commitment to good programming. But, unlike many public broadcasters, BBC has taken to the digital age with more than a little gusto.

For U.K. citizens and those in the European Union, the broadcaster provides extensive live and watch-again programming on the iPhone and iPad. We in Canada have access to a select number of shows from the BBC’s extensive back catalogue, however.

The contest closes on Wednesday, October 3rd and two winners will be picked at random from the comments below.

Good luck to those who enter!