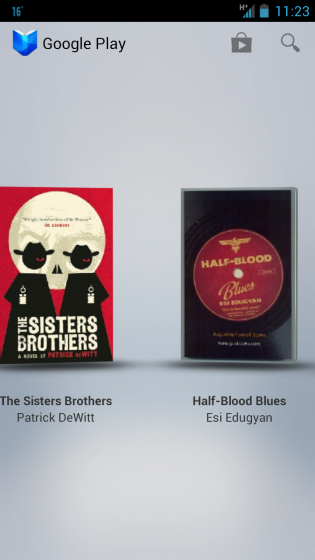 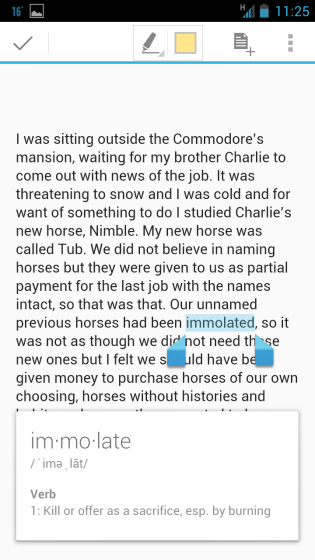 Google’s Play Books has never really received the industry attention as iBooks, likely because it isn’t pushed as hard in the Play Store. But for Canadians, book purchases are the only auxiliary content that we can purchase besides apps; Americans have movies, TV shows, magazines and music.

It’s a shame that Play Books has gone under the radar, though, because Google’s selection is quite robust. While there are certain books I’ve been unable to find on the Play Store that are present on iBooks, Kobo or Amazon, the vast majority of popular novels and non-fiction are available at around the same prices as the competition.

Google has recently updated its Play Store app for Android with a number of new features that bring it up to par with Kindle and Kobo. You can now highlight text and either make a note or look up the definition of a word. Page turn animations have been improved, and the whole app has a really nice, simple Holo design. The definition tab takes a page straight out of Google Now, and climbs up from the bottom of the screen before being dismissed with a smooth flourish.

Also added is a ‘Places’ card that links with Google Maps or Wikipedia if the text is a place. For example, clicking on the word Paris will open up either the Maps app or Wikipedia in a browser to tell you more about that location. Play Books also punches into Google’s Translate service for parts of books that aren’t in your native language.