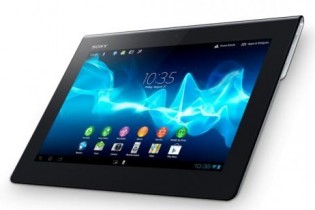 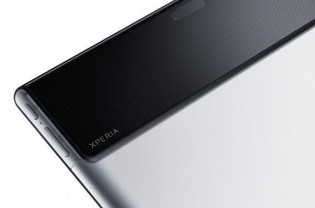 The upcoming sequel to the Sony Tablet S is coming soon, and in some new leaked press shots we get to see just how sleek and attractive it’s going to be.

While the tablet maintains the “folded-over piece of paper” design of the Tablet S, gone is the sloping wedge shape. Instead we have a thin and sleek slate with a distinctive design and a 9.4-inch 1280×800 pixel screen to match.

As you can see from the side view, there is little distinction between top and bottom, and the entire body looks to be under 9mm thick. We’re also expecting a Tegra 3 processor inside, alongside 1GB RAM and a set of decent cameras. The design also marks a transition to the Xperia branding, which is meant to unify the look of Sony’s phone and tablet offerings.

The 16GB version is expected to go for $449.99, with 32GB and 64GB variants selling for $549.99 and $649.99 respectively. We’re really looking forward to trying out this Ice Cream Sandwich-native tablet when it debuts in the coming months.