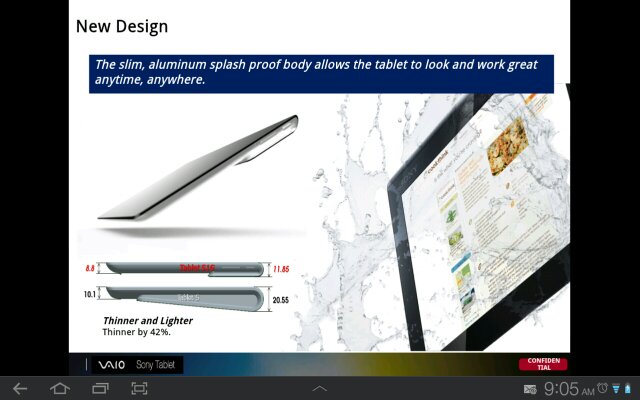 New details have surfaced of what looks to be the next generation of Sony’s Tablet S, but now rocking the Xperia name. This shift could be part of Sony’s new marketing efforts to join all products under one brand name.

Leaked online are a bunch of screenshots that reveal the specs of the OS 4.0 Android-powered “Xperia Sony Tablet.” The display will stay the same at 9.4-inches (1280 x 800 resolution), but the most notable difference is that it’ll have a quad-core Tegra 3 processor. In addition, the Xperia tablet will reportedly be “thinner by 42%” – which would make it be 8.8mm thin, versus the Tablet S at 10.1mm. Prices have already shown up – will possibly change as it nears launch time – but here’s where it’s currently at: 16GB version will be $449.99, 32GB version will be $549.99, and the 64GB version is $649.99 USD.

This is also rumoured to be released this coming September. No word on a Canadian release. Additional images below. 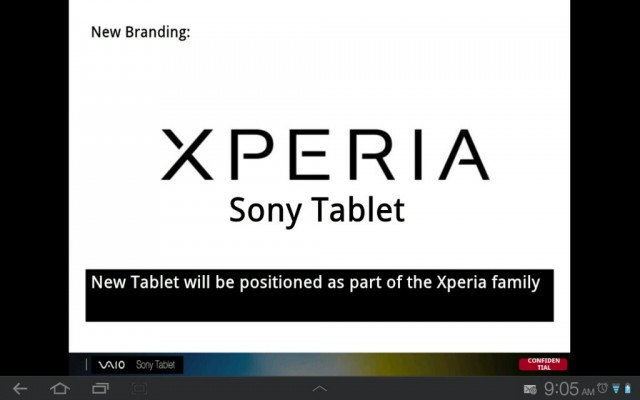 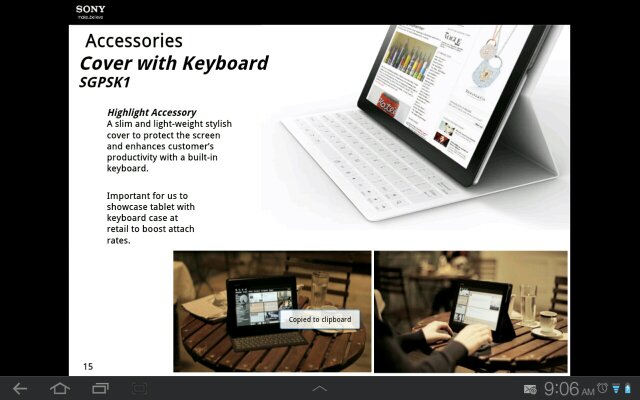 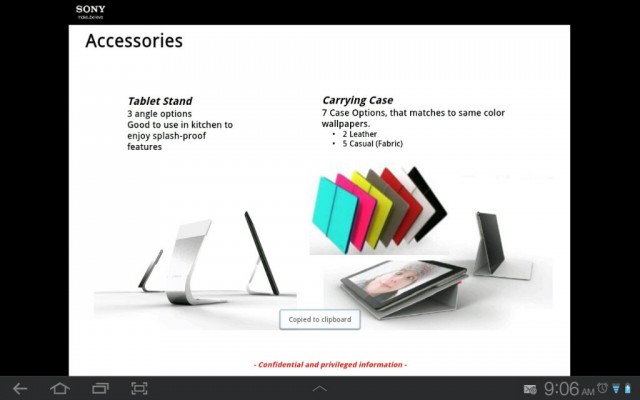 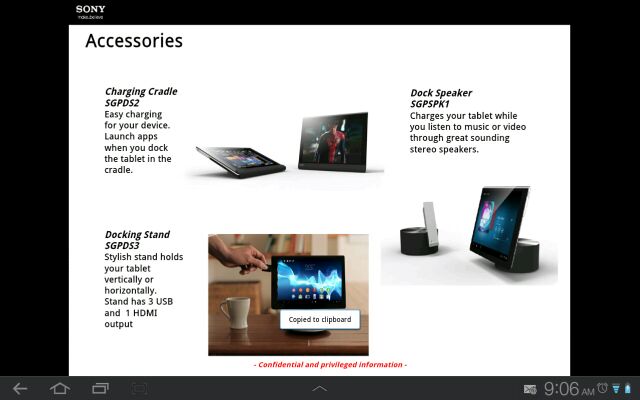