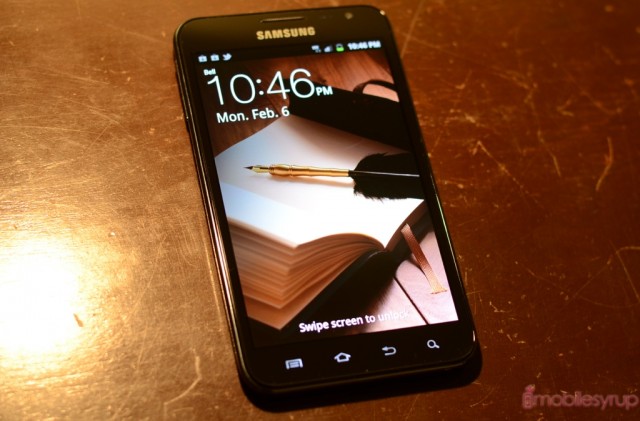 According to Korean MK Business News, Samsung will ship its follow-up to the Galaxy Note in October, and it will come with a flexible OLED display. Remember YOUM, the flexible technology that Samsung announced earlier this year? That could very well be implemented for the first time in the Galaxy Note II.

Just like the Galaxy Note was based on the design of the Galaxy S II, the sequel is expected to follow the same path. The issue here is that the Galaxy S III has a 4.8-inch screen, nearing the dimensions of the original Note. The sequel is rumoured to have a 5.5-inch display, though at the moment there is nothing concrete to go on.

According to the article, “The Galaxy Note II model will use an unbreakable plane (UBP) display, which is a precursor to the flexible display. The thinner display will also allow for a slimmer design by giving more space for the baseband core chip and application processor (AP).”

The Galaxy Note II will also come with a quad-core processor faster than the current Exynos 4 Quad, but it’s not known whether it will be based on the current Cortex-A9 chipset or the newer Cortex-A15.

While this all sounds interesting, it’s still too early to know whether these rumours are true. What do you think? Does it sound like a worthy successor to the 7-million strong Galaxy Note.