Microsoft rumoured to be investing $3.5 billion into Research In Motion 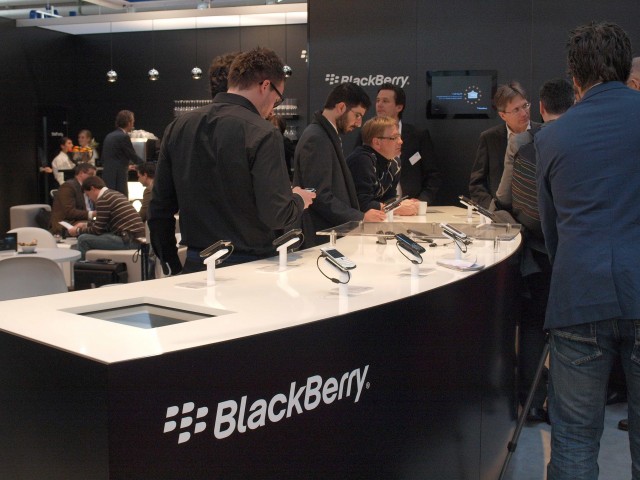 When Thorsten Heins, RIM’s President & CEO, discussed their Q4 fiscal 2012 results he said the company “has substantial strengths that can be further leveraged to improve our financial performance.” RIM currently has over 77 million BlackBerry subscribers and although they have $1.1 billion in cash, they’ve suffered over the past year. Hopefully the upcoming release of BlackBerry 10 powered devices in the “latter part” of this year will change all this.

Heins also noted that they are “undertaking a comprehensive review of strategic opportunities including partnerships and joint ventures, licensing, and other ways to leverage RIM’s assets and maximize value for our stakeholders.” Samsung has been rumoured to be one of the interested manufacturers that might sign a BlackBerry 10 licensing agreement, or according to analyst Collin Gillis of BGC Partners says Samsung is interested in “minority investment” in the company. Amazon at one time was another interested party.

Today there’s the ongoing rumour that Microsoft is considering making an investment in RIM. This is coming from Benzinga who’s hearing “Renewed Chatter” on Wall St. that Ballmer and Co. are apparently prepared to inject $3.5 billion into RIM. No other details are listed as to when, but would help them get deeper into the enterprise and government space. Perhaps this is one of the “strategic opportunities including partnerships” that Heins was speaking of.

Anything is possible. Jim Flaherty, Canada’s Finance Minister, recently noted that RIM is “the masters of their own destiny” and they would not block any foreign takeover of RIM. Flaherty also said that “We would like RIM obviously to be successful as a Canadian company, which it has been — a very innovative and successful company.”

Microsoft is focussed on their Windows Phone OS and looking to increase their market share. They are heavily partnered with Nokia for WP7, plus other manufacturers such as HTC, Samsung and LG produce Windows Phone devices.

So as usual, it’s a rumour until something concrete surfaces. What do you think about Microsoft dumping cash into RIM?