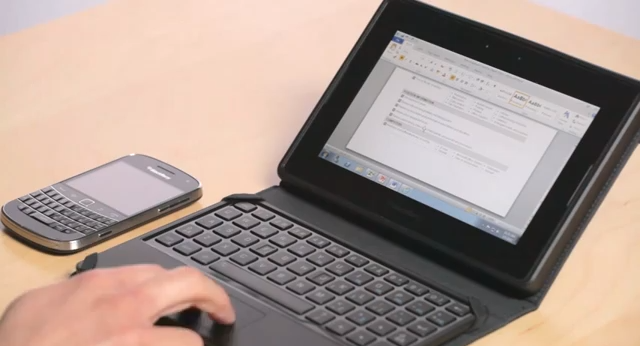 The official BlackBerry PlayBook Keyboard Case has been up for pre-order for a few days now, apparently The Source (owned by Bell) really does a retail exclusive in Canada. This is up for grabs for $99.99 and is scheduled to ship by March 23rd. If you’re not a fan of The Source you can always go the official route and head over to ShopBlackBerry.com where RIM is selling it online for $119.99 (USD).

There have been pics and specs sheets surface in the past, but now there’s an official demo of the case. If you’re thinking about getting this it’s certainly worth a look. As stated before, the overall dimensions are 219 x 58 x 54mm and weighs in at 176 grams.