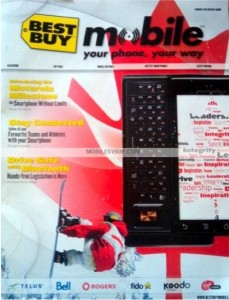 Even though there has been rumours in the past about the incredibly anticipated launch of the Motorola Milestone. Earlier in the week we saw the upcoming Best Buy catalog that showed the Android-powered device as “coming soon”… then TELUS updated their site with the familiar slogan

Apparently an Best Buy internal memo has been sent to employees that the “Milestone will be launching February 18th” and that Best Buy will start taking deposits for the phone on February 5th.

The rumoured price that we’ve been informed of is $199 on a 3-year contract and $549 outright. We’ll have more updates soon!