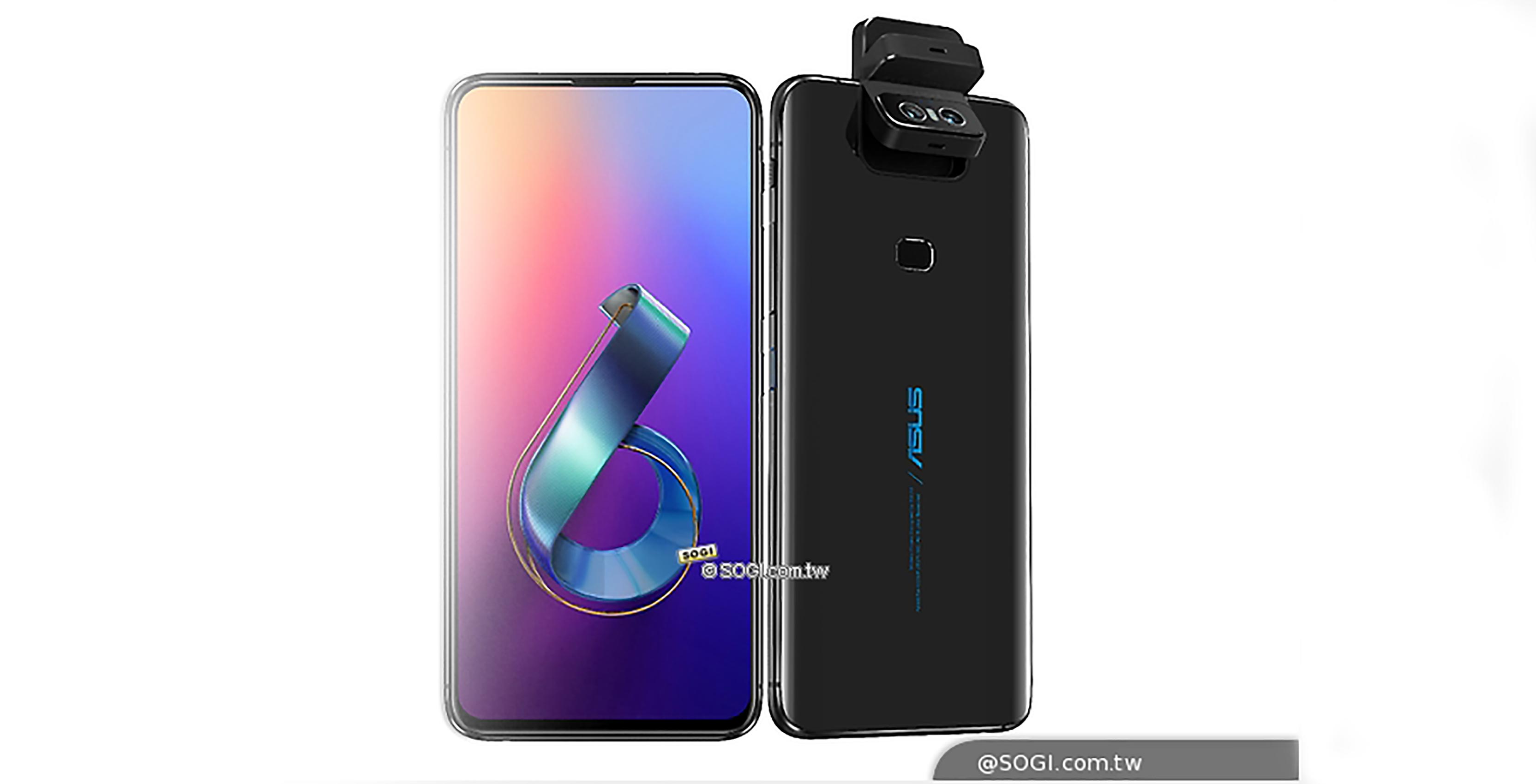 While renderings of prototype dual sliding Asus handsets have hit the web within the past weeks, a new leak indicates that the ZenFone 6 will sport a completely different design.

This may be the final design of the ZenFone 6, as smartphone leaker Roland Quandt shared a website page that revealed the winners of Computex 2019, and included the ZenFone 6 renders and specifications.

ASUS ZenFone 6 1/2 (yes, seen elsewhere before, sat on these for a while, as I had no specs, so here ya go.) pic.twitter.com/syTfJmI4qI

The handset reportedly sports a massive 5,000mAh battery, Snapdragon 855 chipset, fast charging, and a rear-facing fingerprint scanner. Additionally, the phone includes a 48-megapixel camera and a 13-megapixel wide-angle camera. However, what’s important about this device is that the camera module flips so that the main cameras are also the smartphone’s selfie shooters.

The reversible camera allows the phone to have a notchless and nearly bezel-less front panel.

Asus will offer the handset in black and silver blue, according to the Computex article.

The article lacked information about the display as well as RAM or storage size.

Many smartphone manufacturers launch ‘Pro’ and ‘Lite’ versions of their handsets, and Asus is typically no different. It’s unclear if this is the ‘Pro’ version or if Asus will avoid a ‘Pro’ variant this year. Asus will possibly launch the previously leaked dual sliding handset as the ‘Pro’ version and this device with the reversible camera as the standard ZenFone 6.

While this is unclear, we won’t have to wait long. Asus will officially launch the ZenFone 6 on May 16th at 2pm ET / 11:am PT.

Are pop-up and flip-up cameras the future of the smartphone selfie camera?