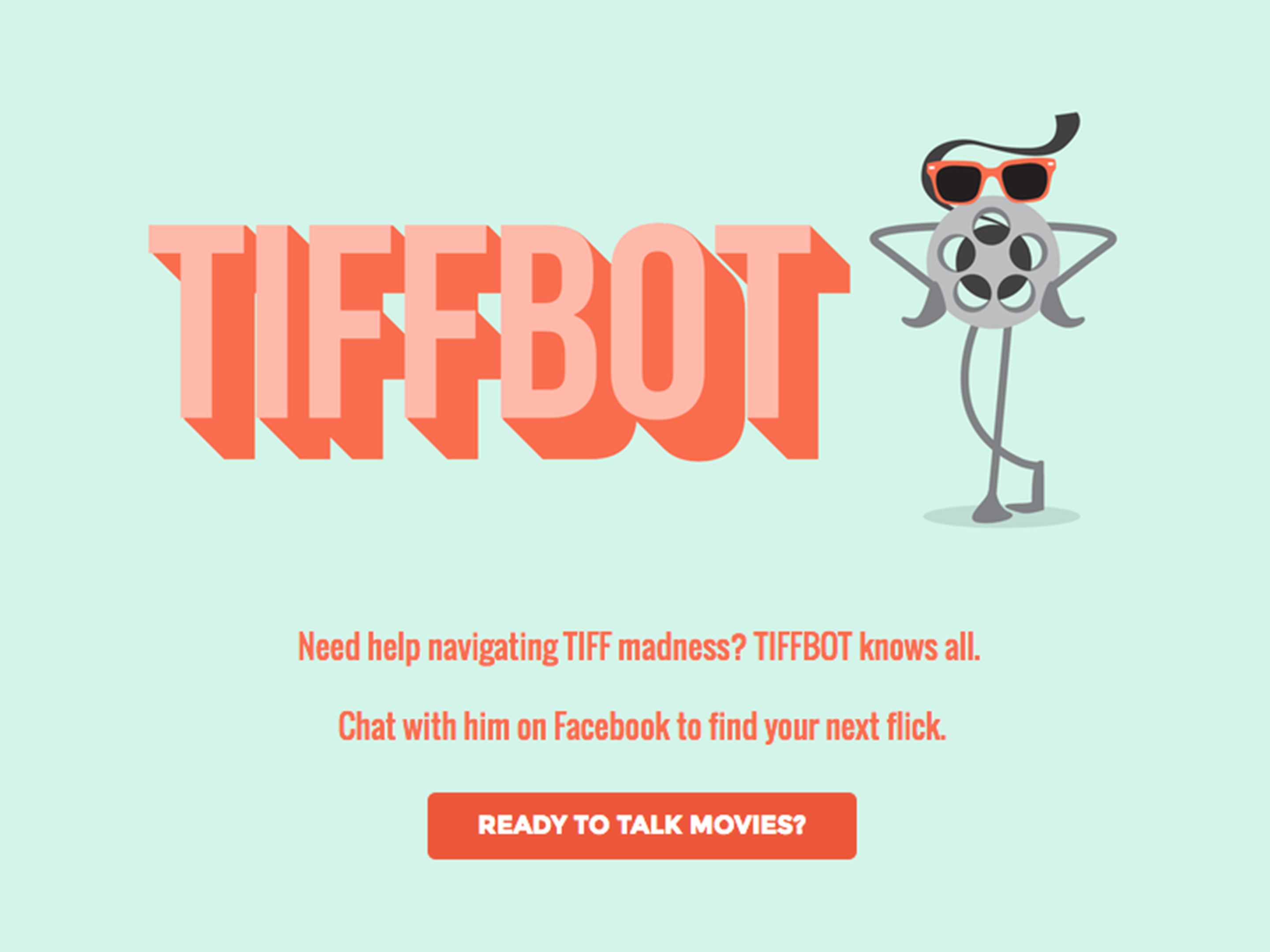 You know you want to watch various films at the Toronto International Film Festival (TIFF) this year, but aren’t sure what movies are going to appeal to your unique taste.

This is where Tiffbot comes into play. The bot is designed to help movie goers navigate the 300 plus films scheduled to be screened at this year’s annual event.

The bot searches through movies playing at TIFF and curates a list of top films across various genres, taking awards nomination buzz and big-name stars into account when arriving at its suggestions. 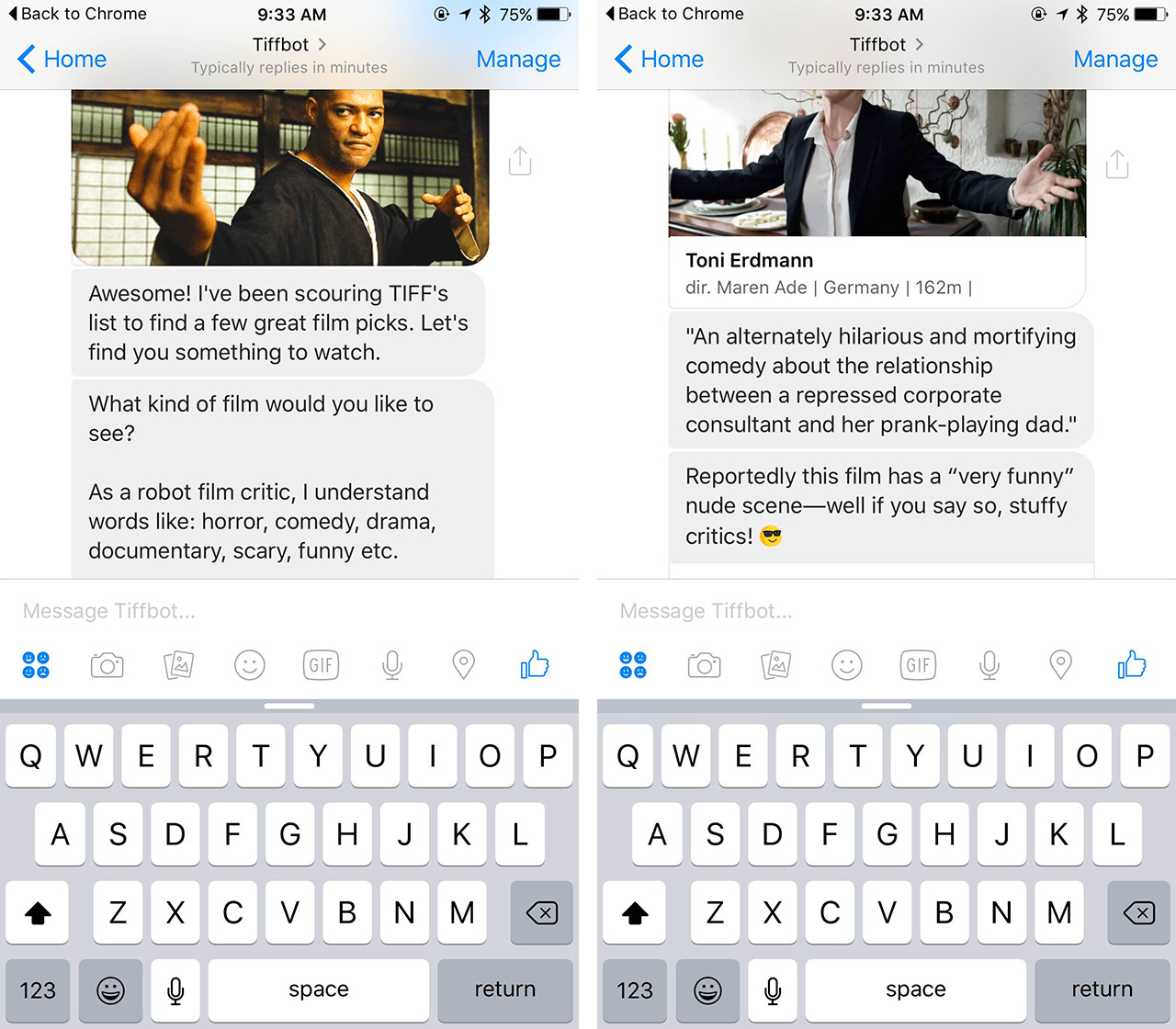 To take the chatbot for a spin, add “Tiffbot” to Facebook Messenger by navigating to “Ready To Talk Movies?” from the bot’s landing page. The chatbot then communicates via Facebook Messenger, selecting films based on simple questions like “what kind of film would you like to see?” and suggesting to the user a selection of films in a fun, personality-filled way.

The Toronto International Film Festival runs from September 8th to the 18th. Tiffbot is also not officially associated with

Disclosure: BetaKit, MobileSyrup’s sister site, produces a podcast in collaboration with TWG and 88 Creative that members of the MobileSyrup editorial team have appeared on.