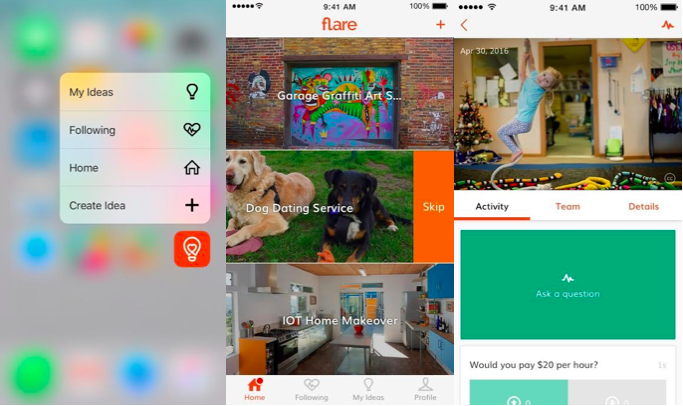 According to documents obtained by MobileSyrup, an app developed by GoDaddy to support new business ideas, is now available on Android devices.

GoDaddy launched Flare in May of this year as a community-based app for entrepreneurs looking to receive feedback on their business ideas. Users can initially “skip,” “snooze,” or tap to learn more and then “love” an idea.

At that time, Flare was only released in the App Store, though a statement from GoDaddy claims that users who downloaded the app upon its release immediately began contributing to the community.

The most popular ideas included an app for “Date Ideas on Demand,” “Children’s Fever Band,” and a “Sports Rental Place” small business earned hundreds of “loves” in the initial 24 hours.

“We’re excited for the next phase of users to join the Flare community,” said Rene Reinsberg, vice president of emerging products at GoDaddy, in a statement sent to MobileSyrup.

“We created Flare to give people a place to share ideas and connect with others, and we’re thrilled to see that happening on Flare for iOS. We look forward to welcoming Android users into the Flare community, and continuing to see people’s ideas take shape and turn into something real.”