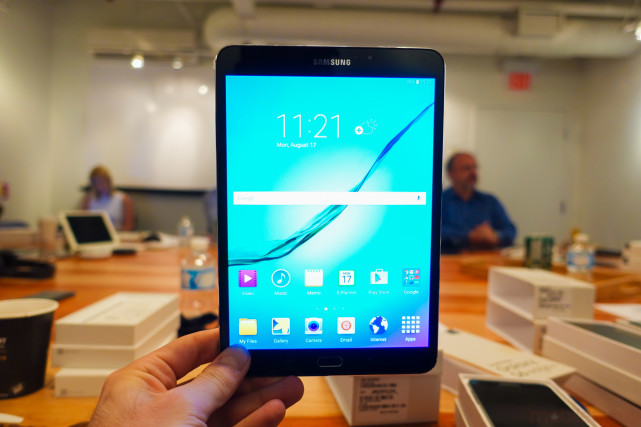 After making its Canadian debut at Best Buy and Samsung’s online store, the Galaxy Tab S2 is now available at Telus.

The national carrier is selling the 9.7-inch LTE version of this Android 5.1 tablet for $240 on its two-year Easy Tablet plan or for $720 outright. It’s also possible to obtain the device at a discount through Telus’ trade-in program.

The Tab S2 features a 4:3 AMOLED display, Samsung’s own Exynos 5433 processor, 3GB of RAM and 32GB of internal storage, as well as an 8 megapixel rear-facing camera and a 2.1 megapixel front-facing camera

The tablet is also available in an 8-inch WiFi version, though you’ll have to visit a traditional retailer to get your hands on a unit.

Update: The Samsung Galaxy Tab S2 is also available at Bell and Rogers.