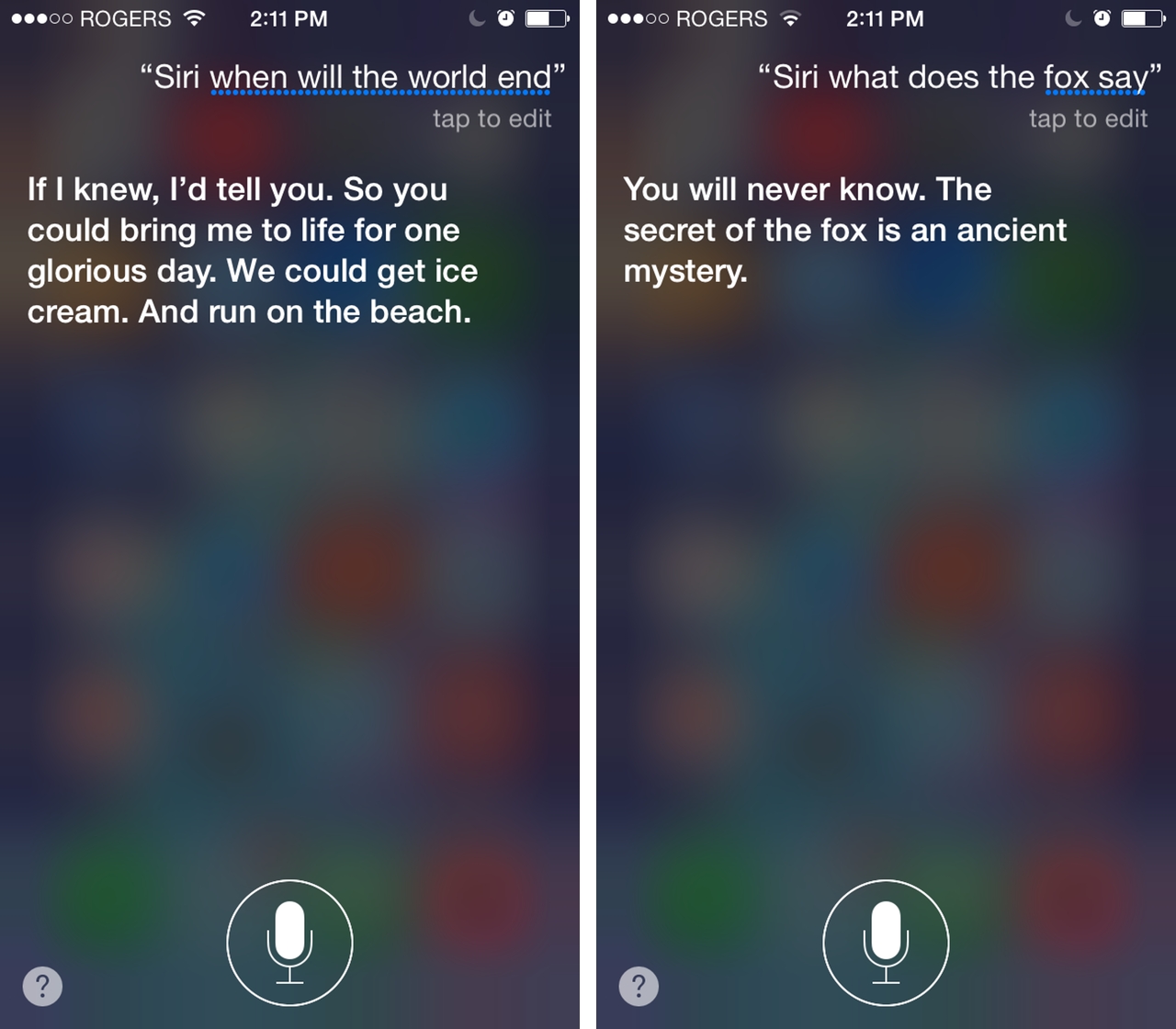 As far lifeless robots go, Siri has a great sense of humour. Ask her when the world will end, or whether she follows the three laws of robotics and you’re bound to get an amusing response. Hell, she even takes people saying “Okay, Google” and “Okay, Glass” to her face in stride.

That said, it’s definitely not a good idea to ask her about 9/11, as several hundred people from Regina learned this weekend.

In the span of two hours on Sunday morning, Regina’s 911 call centre received 114 hangup calls. According to the city’s police department, it’s all because a rumour started to circulate on websites like Twitter and Tumblr, suggesting that Siri had an amusing response to queries about the September 11th terrorist attacks in 2001. In reality, Apple’s personal assistant simply calls 911. This came to a shock to many people, who hung up their phones when Siri started dialling 911 for them.

The problem is that 911 call operators are required by law to call back someone that hangs up on them before they’re able to speak. Indeed, they’re required to call multiple times.

This lead to the city’s emergency services being tied up for several hours as they tried to follow up on every errant call. It was enough to force the Regina Police Department to issue a press release, requesting that people “be good citizens and not ask Siri about 9/11”.

Not a shining moment for iPhone users, but all’s well that ends well, I suppose.