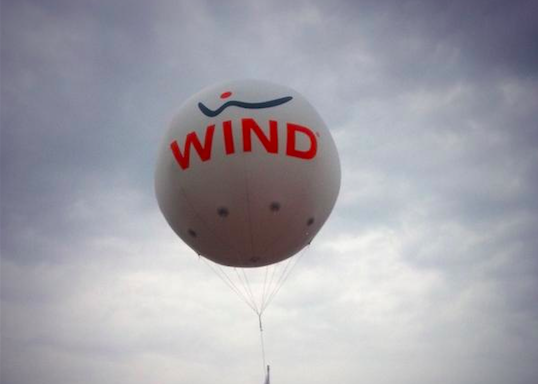 Wind Mobile is bringing in some new roaming rates for Canadians traveling off the Wind Home network in Canada and the United States. The carrier’s new roaming charges go into effect next week and will see the price of data roaming drop significantly.

Roaming is never cheap, but carriers are slowly realizing that competitive roaming rates are becoming more important for customers, especially those that travel to close-by destinations on a regular basis.

Back in January, Wind Mobile introduced a $15 add-on for unlimited US roaming. Now, the company is cutting the price of roaming for users who don’t have this package.

According to a leaked Wind Mobile document obtained by MobileSyrup, the new plans will see outgoing and incoming calls to Canada and USA numbers drop from 20¢ per minute to 15¢ per minute. Outgoing texts will drop from 15¢ to just 5¢ while incoming texts will remain free.

Perhaps the biggest news is on the data side, as data roaming will drop from $1/MB to just 5¢/MB. Wind Mobile users roaming off network in Canada will also now get HSPA+ download speeds up to 42.2 Mbps.

Another change is the addition of a $7.50/month bring-your-own-device (BYOD) credit. The document notes that the credits will be added to one’s account to be used with add-ons and pay-per-use features.

These changes will take effect on August 21st.

Update: WIND Mobile teased on Twitter that there will be a “Big announcement ‘dropping’ later this week…” We think it’s these new Canada &a USA roaming rates. – IH 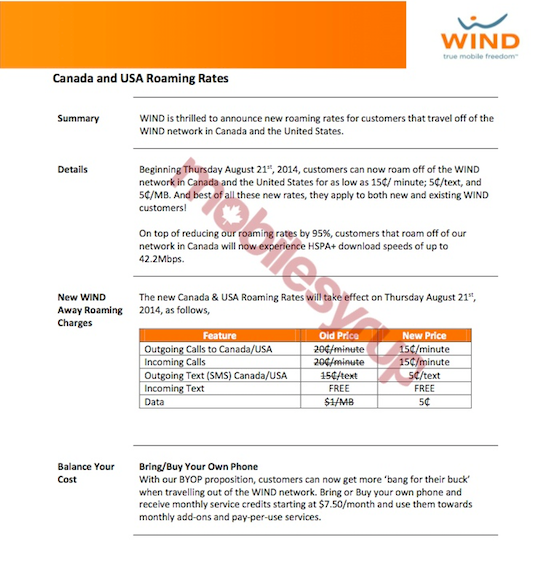