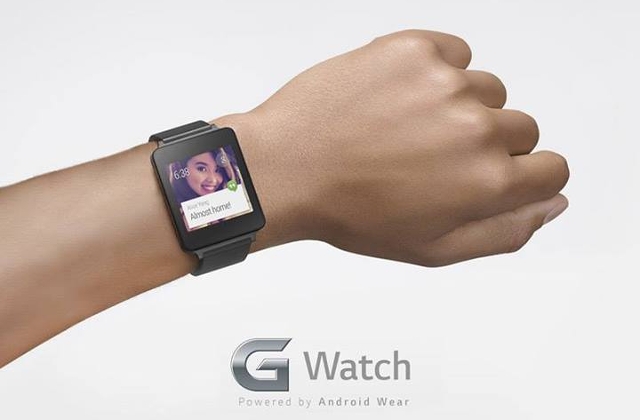 The LG G Watch will be one of the first smartwatches running Android will be available sometime this summer. LG has teased several promo videos of the unreleased device, and it’s overall design has also starred in a 3-minute video (which has since been pulled).

Missing has been the full rundown of specs. According to UpLeaks, who’s the new leaker on the block, says the G Watch will come with the following specs: 61 grams, overall dimensions of 37.9 x 46.5 x 9.95mm, have a standby time of 36 hours, 400mAh battery and take 2-hours to fully charge. In addition, the G Watch will sport a 1.65-inch display (280×280 resolution), 4GB internal memory.

From an OS perspective, apart from the basic watch features of telling time, date and stopwatch, the G Watch has multi-language support in English, Spanish, French, Korean and Chinese and will have the capability to take memos, including voice memos, and send text messages through voice commands. Finally, you’ll also be able to receive email notifications via Android Wear OS.

Surely more features will be unveiled and we’ll probably see its complete capabilities at Google I/O in a few weeks. 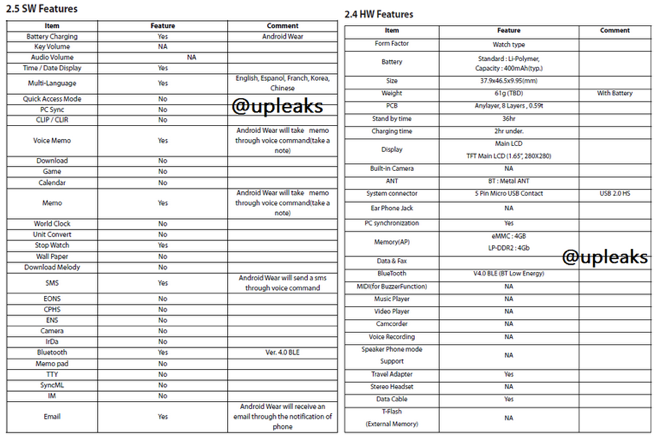