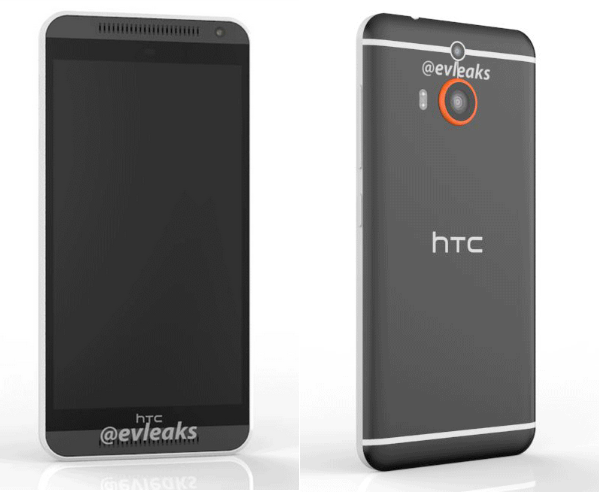 HTC is rumoured to be coming out with another version of the HTC One M8, aptly called the One M8 Prime. The specs have been floating around the web for a few weeks and over the past couple days, encouraged by a scuffle with HTC PR, reputable device leaker @evleaks has provided a plethora of additional information.

According to a number of Tweets, the HTC One M8 Prime will come with a similar design to the M8, but sport a unique “composite of aluminum and liquid silicone.” No indication of how the benefits of merging those two together – perhaps to make the device less subjective to bumps, scratches and water. In addition, specs have the One M8 Prime being the first HTC device with a Cat. 6 LTE radio, and will see it jump to a 5.5-inch 1440×2560 QHD display, 2.5GHz quad-core Qualcomm Snapdragon 805 processor and 3GB RAM.

In addition, another image indicates that there will be a duo-camera on the Prime, but the main camera is raised well above the device and is surrounded by an orange ring. The device, if the render is correct, shows the standard volume and camera buttons on the side, along with dual stereo speakers, 3.5mm headset jack and a front-facing camera. 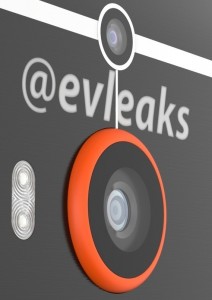 There is no word yet on the release date, nor what countries will be making the HTC One M8 Prime available.