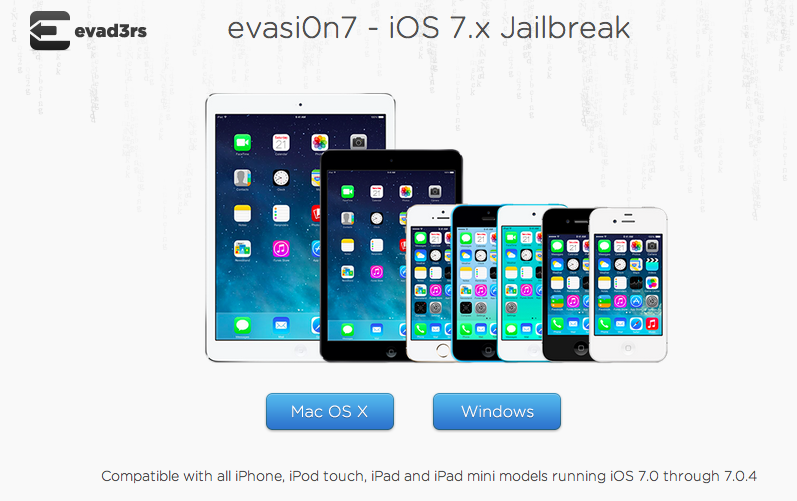 Just like that, the evad3rs team has released the first untethered jailbreak for iOS 7, evasi0n7.

Available for Windows and OS X and compatible with all iPhones, iPods and iPads running iOS 7.0 to 7.0.4, the news will come as a relief to those who believed the dream to be dead. 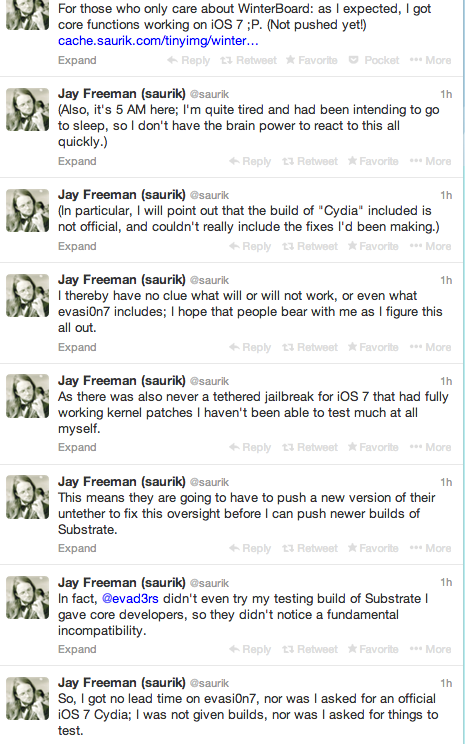 But one must be cautioned before making the leap, or at least advised to wait a little while. Jay Freeman, aka Saurik, creator of the Cydia marketplace, had no forewarning about the new jailbreak and didn’t have time to prepare Substrate, his underlying code, for the exploit. Though the jailbreak does install a version of Cydia that ostensibly works, he recommends people hold off until he can take a look at it and determine which add-ons work and which are broken.

If you’re still an intrepid early adopter who fears no dragons, go forth and let us know what works.

The first untethered jailbreak compatible with iOS 9 has arrived