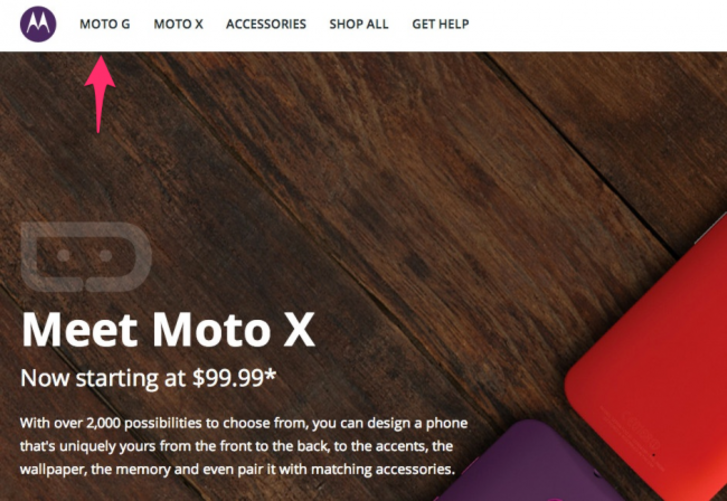 Motorola quickly listed a “Moto G” on their main website today, but the Google-owned company acted fast and removed it from existence. This isn’t the first time the “Moto G” name has surfaced online – a few weeks ago a trademark filing revealed that some sort of tech product was in the making, plus a budget device recently appeared at the FCC. All this leads us to believe that there will soon be another Motorola smartphone launching.

In Canada the Moto X is currently available at both Rogers and Fido, but lacks the customization that the United States has with the Moto Maker.