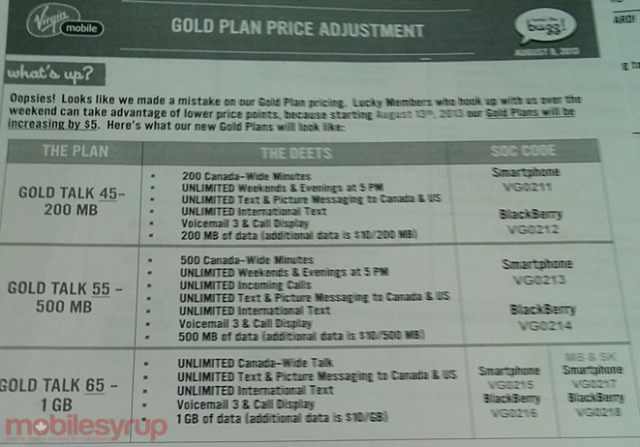 Virgin Mobile will be adjusting their Gold Plan pricing August 13th (same day as the BlackBerry Q5 launch). According to an internal doc we received it states the reason for the increase is because they ‘made a mistake’ when initially publishing the rates. Anyone who signs up now until the 13th are considered ‘Lucky Members.” All the details of the plan stay the same, but will now be priced at $45, $55 and $65/month.