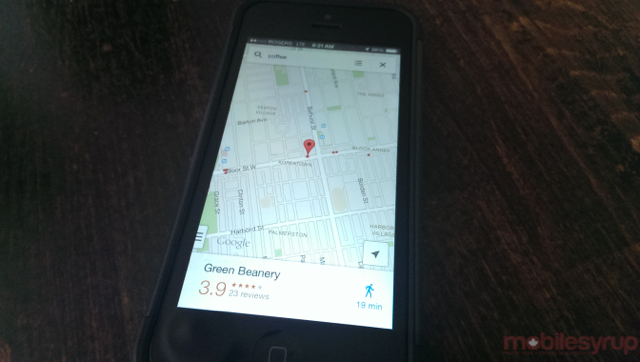 Google updated Maps for Android last week with a completely new interface that emphasized discovery over traditional routing, though those aspects of the software were improved as well. Gone is Latitude and My Maps, but in their stead is a smoother workflow entering new addresses or recalling saved ones.

Maps for iOS 2.0 brings a similar feature set to its Android counterpart, but looks far more similar to its predecessor; the new cross-platform overhaul was based in part on the original Google Maps for iPhone design that debuted last year.

We still have a main screen lacking affectation: you see a search box, a “find me” button and a left-side sliding menu toggle, but are otherwise free to roam around zooming in and out, changing orientation or pitch with two fingers.

Explore has taken over from the previous app’s rather buried system of finding new places to go. By tapping on the search bar, you’re given a list of your latest searches, “nearby from your history,” and a breakdown of restaurants, coffee shops, bars and attractions. Tapping on one of them brings up an individual listing and one-touch access to the rest of them, sorted by proximity. 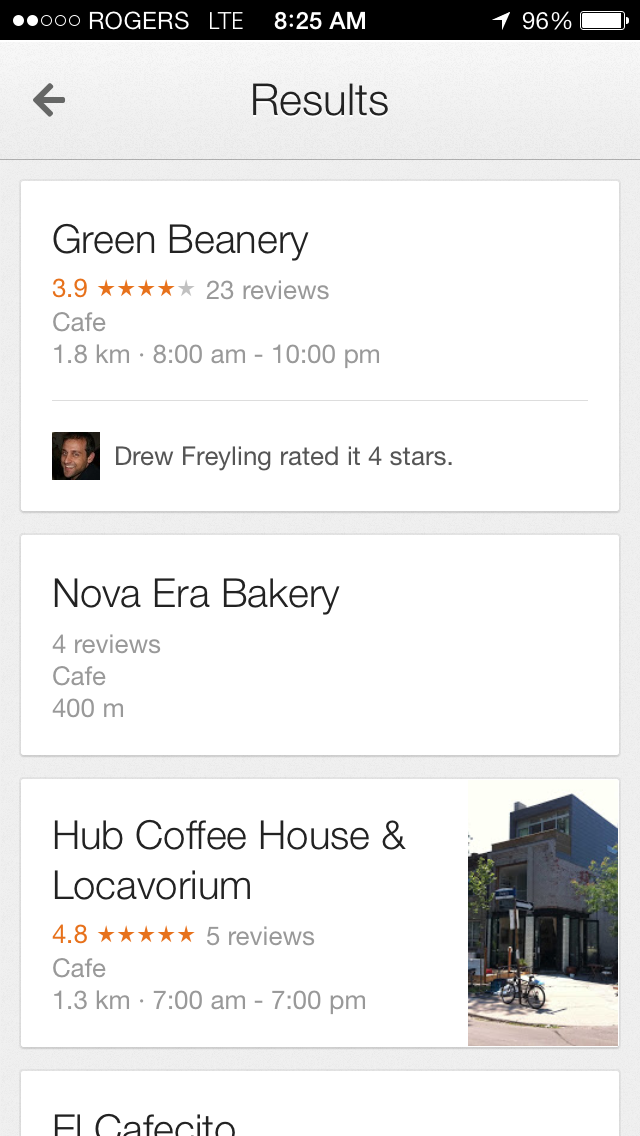 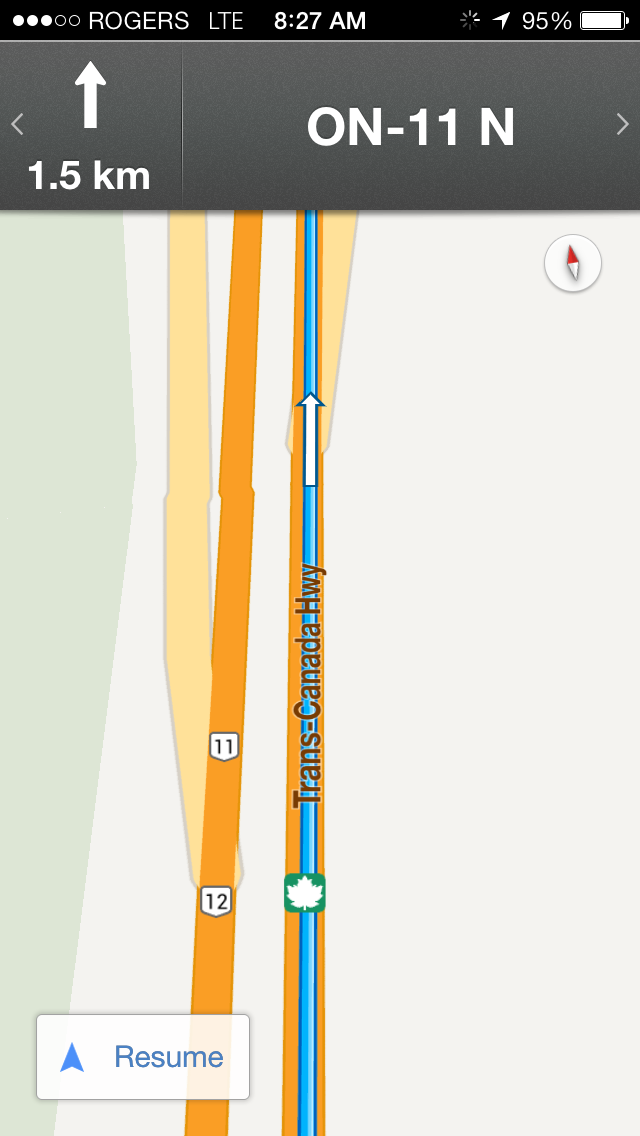 Ratings for restaurants have also been updated to work in a 5-star legend — no more 30 points for this and 25 points for that — and your reviews, along with Google friends’, are displayed prominently in the app.

Perhaps the biggest change to the app, and the most useful for everyday users, are the improvements to navigation. Google Maps now automatically updates your navigation route based on traffic conditions or accident reports. Alternate routes are pushed rather than waited on, a useful way to avoid that summer gridlock.

Google has also added indoor maps for places like airports, transit stations and malls, a useful addition for anyone shopping or travelling in another city.