Apple celebrates Canada Day by highlighting “Made In Canada” apps 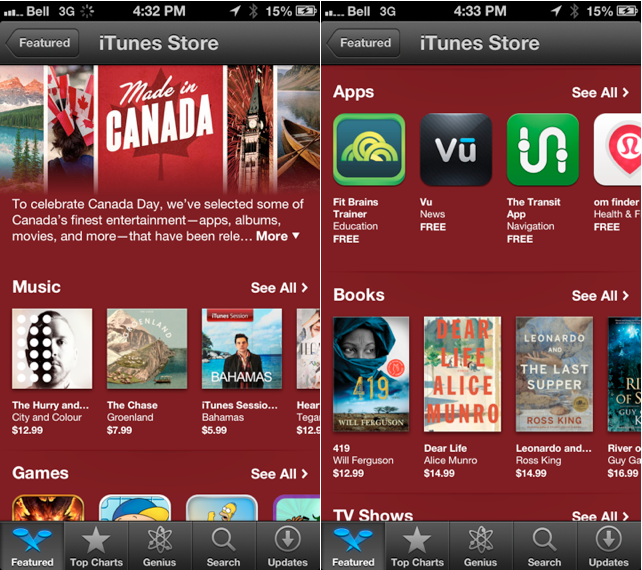 Apple has over 900,000 available apps in the App Store, plus recently announced that iOS users have downloaded over 50 billion apps. Apple has decided recognize Canada Day by showcasing a select number of Canadian publishers in various categories, such as apps, games, movies, music, TV shows, podcasts and books. They note that “To celebrate Canada Day, we’ve selected some of Canada’s finest entertainment – apps, albums, movies, and more – that have been released or updated in the past year.” There are some notable apps and games included in the list, however some are missing like Vouchr, Bunch, and Ottawa-based SmokeLabs.

Check them all out on iTunes.
(Thanks Ben!)