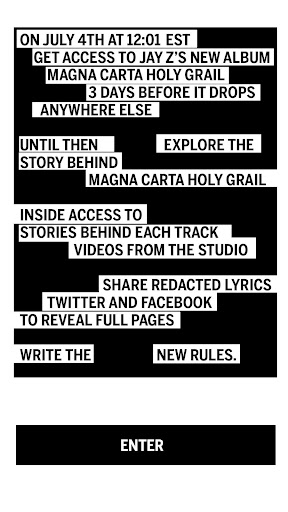 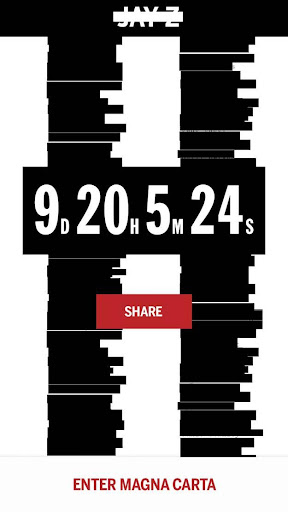 Samsung announced last week that it would be partnering with hip-hop legend Jay Z to give away one million copies of his new album, ‘Magna Carta Holy Grail’, three days before it is released to the rest of the world.

Only Galaxy S3, Galaxy S4 and Galaxy Note II users need apply, but Samsung has released a companion app, which currently makes availabe behind-the-scenes video clips and “redacted” lyrics, to ferry the distribution of the album on July 4th at 12:01am.

It’s not yet clear whether Samsung will force users to listen to the album from within the app, preventing it from being distributed elsewhere, but that would seem the most likely outcome to prevent excess piracy (though it’s more than likely this won’t stop would-be pirates from hearing the album early).

If you’re one of the many Galaxy owners who undoubtedly wants to hear Jay’s new record, download JAY Z Magna Carta.