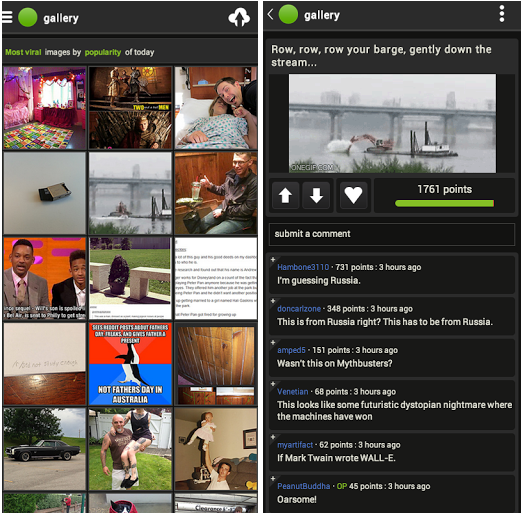 Imgur released a beta version of its Android app back in April, which went through various iterations before arriving in worldwide public release today. Since arriving in Canada, the app has been given an interface redesign which is, while not quite Holo, a major step up from its initial release.

Members can browse, upload, vote on and manage photos from the device itself, and the updated widget should satiate most Imgur addicts.

The only unfortunate thing about going public is that Imgur for Android now displays ads. If you can deal with it — a small price to pay for hours of fun — you’re in for a treat.