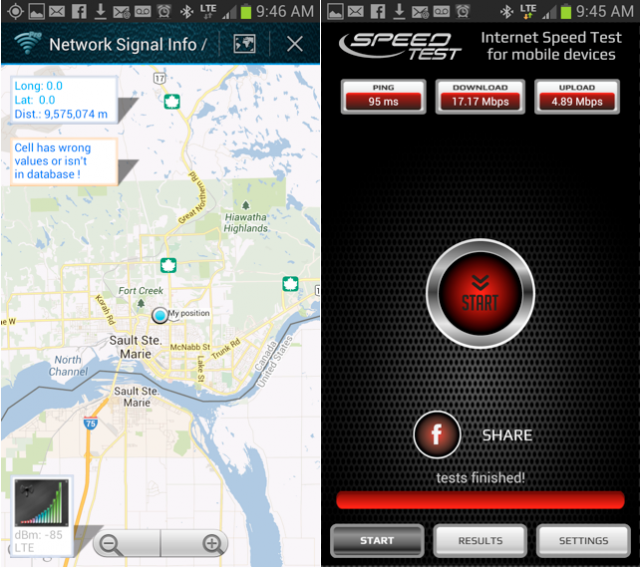 While not the biggest news to hit Canadian soil, but certainly noteworthy. We’ve received various tips from Bell and TELUS users in Sault Ste. Marie, Ontario that both carriers LTE networks are live. The speeds (above screenshot) shows the average speeds that one would expect, however, taking a look at their websites still shows the area as ‘future’ rollout. So they simply might be testing the network.

Bell recently went live with LTE in an additional 8 locations across Canada, bringing their coverage to over 24 million Canadians. TELUS is reporting the same coverage for their network.