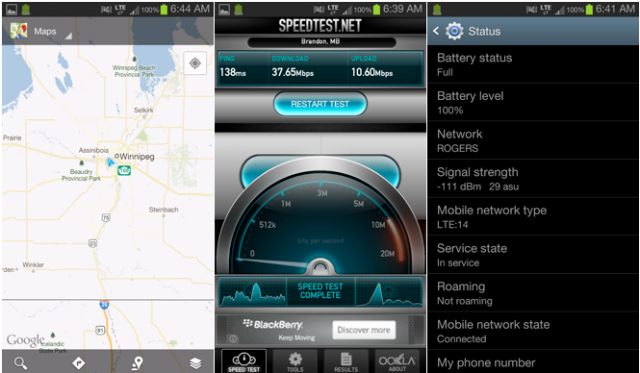 Big day for Rogers and Fido customers today in Manitoba. Both carriers have flipped the LTE switch on in Manitoba this morning – specifically in Winnipeg, Brandon, Victoria Beach, Grand Beach, Selkirk, Steinbach and Ste. Anne. The speeds are right inline with other Canadian locations that have LTE, coming in at 36 Mbps download and above 10 Mbps upload.

Rogers and regional carrier MTS recently entered into an “extended network sharing agreement” that will see LTE expanded to 90% of Manitoba’s population over the next five years.

Update: We’ve been receiving various tips throughout the day of Manitoba LTE speeds, ranging from 30, 40Mbps down… but this one below is topping out over 70 Mbps download. Very respectable speeds. No word on how many people in the area have an LTE-enabled smartphone. 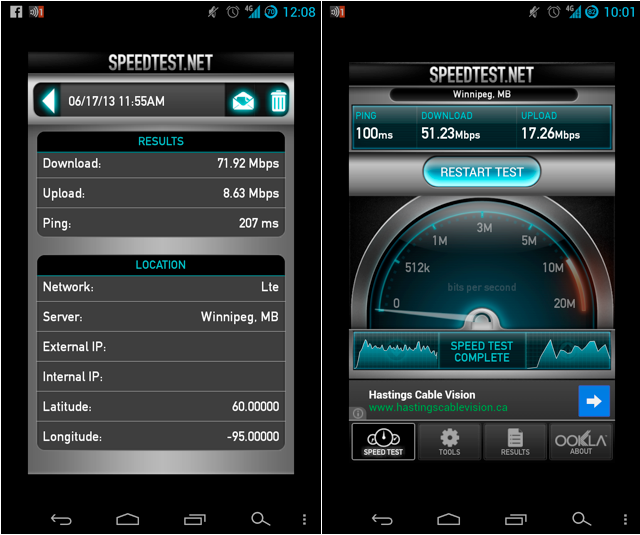 Let us know if you’re seeing LTE on your device.
(Thanks luqman, Christian!)